Top 5 Principles of Designing for Scale | The Ultimate Guide 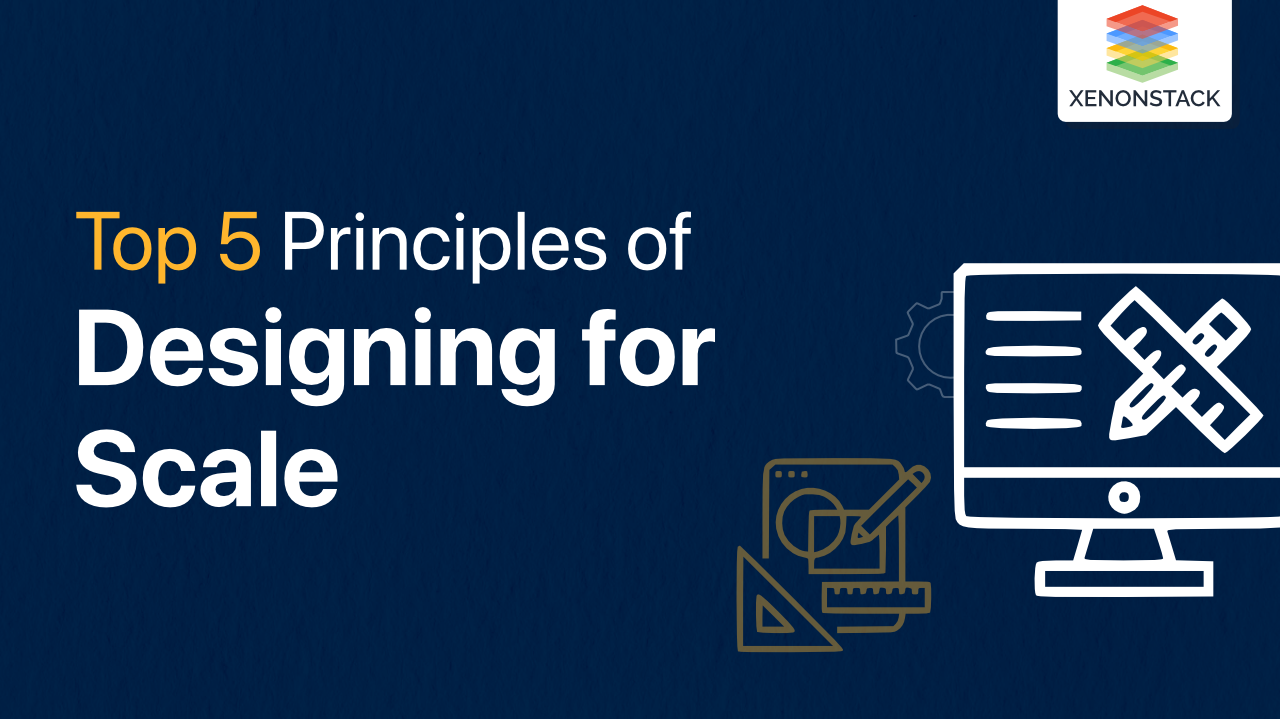 What is Designing for Scale?

Scale:- Scale is the relative size of a design or an element concerning the other design or the elements.

A designer must follow certain rules to achieve a practical design and an attractive composition. The fundamental principles of design are Alignment, Emphasis, Balance and Repetition, Contrast, Proportion, White Space, and Movement. The design varies from art in that it has to have a purpose.

The process in which Designers create a visual in a computerized software or a device for the Client or End Customer. Click to explore about our, User Interface (UI) Design Trends

Design is shaped with the help of scales, By regulating design relativity, functionality, and adaptability.

It defines the relationship that a particular design or an object in the design has with its surroundings. For Example, when designing a child's eating, the handle of the spoon should ergonomically fit in the child's hand, and the spoon's bowl should be scaled enough to fit in the child's mouth.

The design should be scaled to define the functionality between the elements or how the various objects in the design will interact. For Example, If the child cannot open or operate the bottle designed for them, the scale is off.
The design should answer the following questions of the users: how these objects are used and who is using them.

The elements in the design must perform in the way they are meant to, even if the design is taken to several different scales. For Example:- If the scale of the above-explained Example is increased and the multiple children share the same bottle, then the bottle should perform the same as it was earlier.

For Example: The design of the two arrows is relative to the cards displayed below, and the functionality of the arrow helps to move the card to display more sets of information and can be easily adaptable to any number of cards.

The method of changing the space between two characters to improve an outwardly satisfying and consistent stream between letters. Click to explore about our, Kerning Typography Types

What are the principles of Designing for Scale?

Top 5 principles of Designing for Scale are below highlighted:

The principle of balance defines the arrangement and the proportion of the design elements. Imbalance in design can occur not only in the symmetry of the elements but also in the imaginary central line going through the middle of the screen. For Example, if you have one small design element and one large design element on the opposite side of an axis, the design will seem unbalanced in user experience. The area taken by the element matter in the balance and the number of elements on either side of the axis can also create an imbalance in design. Different types of balance can be used in the design:

In symmetrical balance, the elements in the design are relatively distributed along with the central axis.

The elements radiate out from the central axis. Images or designs with radial balance draw the viewer's attention to the center point of the axis, which is the origin of other elements in the design.

In the example above, we have a center of origin (an axis or a center point), which acts as an origin for other elements.

To create balance in design, it's essential to establish the right relationship between the object and the entire white space, making the design exciting and balanced.

For Example:- A group of 4 paintings hung closely on a single large wall to create a dense area will give a larger impact, rather than a single medium-sized painting hung on the 4 walls in the same room.

By manipulating the scale of different objects in design, we can change the perspective and give the user an in-depth impression of the design. For Example: in this coca-cola ad, the differently scaled bottles are used to create a smile. If the scale of all the bottles were the same size, then the impression of this ad might be different.

For Example:- Heading in the design, the page's title should be the most highlighted and the essential part of the page and be easily recognizable to the user at first glance. Heading and the subheading should also be highlighted compared to the page's content so that users can find the correct information they are looking for. It should be formatted so that it reflects the relation and importance to each other, the title, and the content.

blueprints help the organization understand the bigger picture of how the service is used by the company and implemented by the company.Click to explore about our, Service Blueprint Benefits and its Elements

The designing principle helps to provide a structured design with proper hierarchy, rhythm, balance, and symmetry among the objects. The better the relation between the design element, the better the impression and message we can convey to the users from our design.

Top 5 Principles of Designing for Scale | The Ultimate Guide