The goal is to automate as much of our application testing as possible, maximize our test coverage to the best of ability, and perform testing as early in the development pipeline as possible. As features for the application produced and automated test scripts are written, want to make sure that they integrate well with CI tool. Have the test scripts kept running during each build—and if they fail, then the build should fail. This will assure that no current features broken as new code developed.

What is Shift Left Testing?

In traditional development, testing is performed just at the end of the development cycle. There is a cost correlated with testing, identifying, and categorizing issues, and pushing the development changes into the product. The prices may rise if the test/verification team comes across a matter of high severity (release blocker issue) toward the finish of the lifecycle.

Such issues could even slow down the whole release. With Shift-Left testing, testing never expands, performed in isolation by the test/verification team, but it has shown in sync with the product development. Shifting-left refers to the idea of acting earlier within a process. So, as it identifies to software testing, shift-left testing is the approach of taking the action of testing the software and moving it to the left in the delivery pipeline—or, testing the software prior in the development lifecycle than is historically typical.

What is Continuous Testing?

A methodology that allows continuous iteration of development and testing all through the software development life cycle. Click to explore about, Role of Automated Testing in Agile Enterprise

“Shift left” refers to a practice in software development in which teams focus on quality, work on problem prevention instead of detection, and begin testing earlier than ever before. The objective is to increase quality, decrease long test cycles, reduce the possibility of unpleasant surprises at the end of the development cycle—or, worse, in production. Shifting left requires two key DevOps Practices:

Continuous deployment automates the deployment and provisioning of new builds, allowing continuous testing to happen rapidly and efficiently. Continuous testing involves automating tests and running the tests right on time and regularly as could be expected under the circumstances, along with service virtualization to mimic unavailable systems. The first and most obvious way to shift left operations is to work side by side with development in creating the deployment and testing processes. Failures observed in production often are not seen earlier in the life cycle. Many times these failures can be attributed directly to differences in deployment procedures.

Another way to reduce the failure rate is to make all environments in the pipeline look as much like production as possible. This is almost impossible using traditional provisioning processes. Production environments usually are much more substantial and detailed than are needed by development. But by using cloud and pattern capabilities, you can get much closer. The capability to use patterns to describe consistent environments eliminates the failures that occur simply by configuration inconsistencies. This again requires operations and development to work together in creating the provisioning process, so developers create their test environments the same way they built in production.

Software testing is an important process that ensures customer satisfaction in the application. Click to explore about, AI in Software Testing

What are the benefits of Shift Left Testing?

As roll in the shift-left testing as a part of SDLC may understand numerous benefits. Below are the most beneficial ones -

In a typical SDLC, testing performed toward the finish of the product development cycle. As mentioned before, the cost and implications involved in bug-fixing would multiply based on the time when it discovered. Once shift left, testing is considered an essential part of each phase of development. Thus, testing is performed once every build so that bugs are caught and fixed at an early stage. Once the code size becomes increase, fixing simple issues could also take additional time and may cause some side effects. A shift-left testing strategy can diminish the overall costs of development, testing and fixing since bugs are found recent.

Shift-left approach assures that there is a timely correspondence between various stakeholders of the project. Developers can cooperate on the development of unit tests, as well as system tests. Automation is a fundamental part of shift-left testing, and with automation scripts, test teams can perform testing a few times each day. Their item feedback in the form of bugs is again supplying back to the product development channel which helps in improving the code quality. This implies that the overall code quality would better with the stringent code quality checks, consequently assuring a more stable end-product delivered to the customer. This means that the overall code quality would improve with the strict code quality checks, hence ensuring a more stable end-product delivered to the customer.

As mentioned, Shift-left approach helps to bring more and more coordinated among development and testing. In this way, testing begins way ahead in the development cycle which opens up the software for review and correction directly from the beginning. This is one of the core benefits of the process, which recognizes bugs and fix them in time. It is essential to implement such approaches in a scenario that needs speed and sustenance.

Considering that the tests get executed directly from the origin of the development process, the applications can be evaluated for all their features. The application/software gets tested for each functionality and performance. Enhanced test coverage further helps in assuring the quality of the software.

Effective use of time and resources

Whenever bugs or defects fixed in time, it helps to deliver products within stringent timelines and allows effective use of resources. When testers work with developers, the overall process helps in making the application stronger by efficiently using the skills and delivering results. This further results in cost-effectiveness, which is necessary for sustaining profitability in the commercial arena.

A process to check the system accepts the requirements of a user or not. Click to explore about, User Acceptance Testing

TDD is imperative to identify bugs and errors during software development and increase the quality of the product. Click to explore about, Test Driven Development Tools and Process

What are the best practices of Shift Left Testing?

The best practices of Shift Left Testing are listed below:

It is necessary for enterprises to identify and plan the entire life cycle before the beginning of the actual development process. Doing this will encourage developers and testers to understand the tasks, objectives and expected outcome from the project. One method of doing this is by identifying testing requirements directly from project planning and requirements specification stage.

Another fundamental step for beginning with Shift-Left testing is to coordinate all development, project management, and operations processes with testing. This will assist understand where and at which stages testing should occur. It will also help recognize the estimated time and attempt to complete the testing cycle and keep away unnecessary, and duplication of tasks in the process of performing Shift Left testing.

It is additionally recommended to determine usual quality standards and has quality controls set up for various phases of SDLC. This will help recognize whether the development process follows with QA and identify any deviations from the required outcome. This, in turn, will assist in taking corrective actions at the individual stage, which will eventually determine the overall well-being of the project.

It is likewise advisable for testers to engage in coding knowledge since, with regards to testing in sprints, knowledge of code can help in understanding into a more in-depth analysis of the defects. Moreover, coding knowledge can end up being useful if testers need to make minor changes or modifications in the code or refactor specific methods rather than depending on developers which can turn out to be a time-consuming affair.

A type of testing in which individual units or functions of software testing. Its primary purpose is to test each unit or function. Click to explore about, Unit Testing Techniques and Best Practices

It is likewise advisable for testers to engage in coding knowledge since, with regards to testing in sprints, knowledge of code can help in understanding into a more in-depth analysis of the defects. Moreover, coding knowledge can end up being useful if testers need to make minor changes or modifications in the code or refactor specific methods rather than depending on developers which can turn out to be a time-consuming affair.

It is additionally advisable to define a continuous feedback mechanism so that the testers can consistently give feedback to developers during and after the development step. It likewise becomes easy to report defects and accomplish desired quality since with continuous observing and feedback, the chances of errors will be reduced.

Induce Developers to Code with Testability in Mind

Thinking about the shift, it is also necessary to induce all the developers to begin the development with testability in mind, in that, every developer should be made responsible for ensuring the quality of the code built. This will help during the creation of a testing system with reliability and additionally bridging the gap between developers and testers to quicken the testing cycle. Furthermore, developers would know about the solution directly from the development phase.

To profit the most extreme advantage out of Shift Left testing, it is suggested for enterprises to adopt test automation. With test automation, developers and testers can automate the whole build to test process over all the stages of the SDLC which will inject better integration between processes, boost continuous delivery and drive more belief in each release.

Our solutions cater to diverse industries with a focus on serving ever-changing marketing needs. Click here to Talk to an End-to-End Testing Expert

The application consistently tests during each integration with the codebase, and before each deployment to another environment. Just testing each feature with each build in this manner establishes a specific level of quality in the application that will help to ensure an effective production release. It’s simpler to fix a bug if it’s caught before in the process, and having CI build run automated test scripts with each commit on the common codebase will help get bugs early. 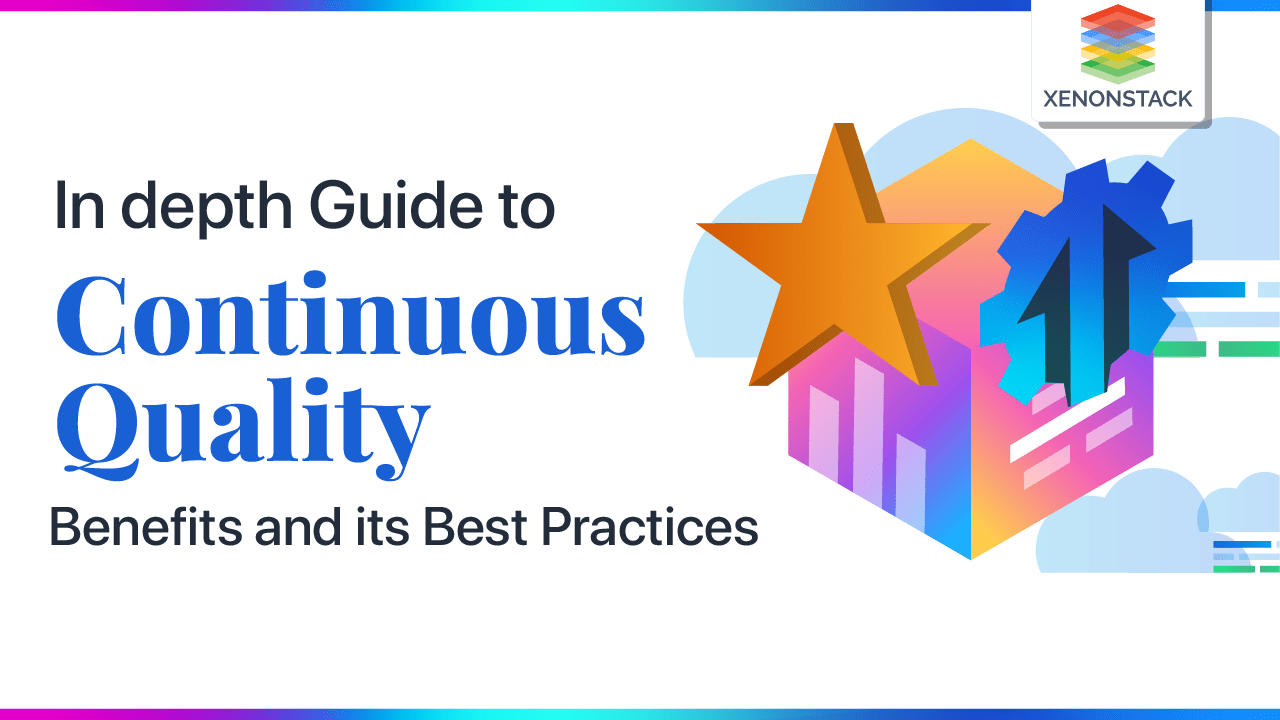 Quality Engineering Tools and its Benefits 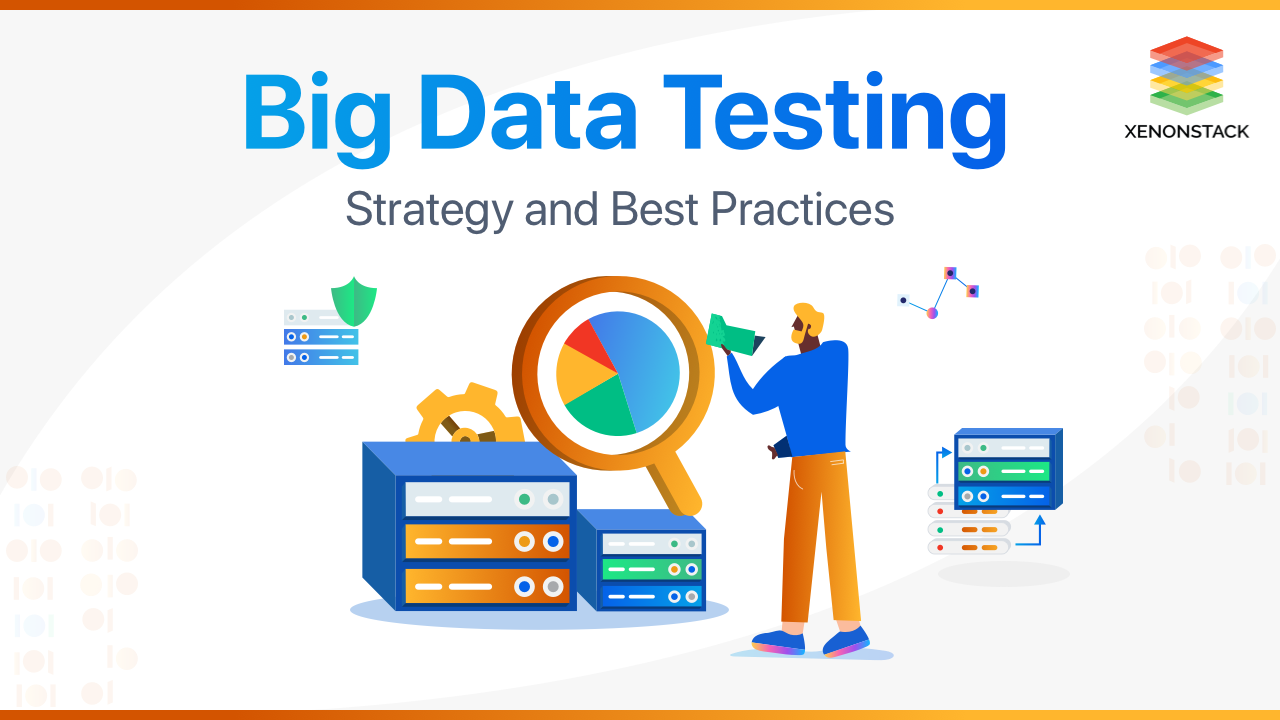