Why is Infrastructure as Code essential to DevOps?

Infrastructure as code means managing an operations environment the same way you do applications or other code. Some experts believe that IaC has been part of DevOps since the beginning and some believe that DevOps doesn't exist without IaC.

Infrastructure as Code is based on the principle that administrators/system engineers should not log in to machines and configure them from scratch; instead, they should be writing codes that would eventually set them up to the desired state.

How Does Infrastructure as Code Work?

The Imperative approach towards IaC comprises a sequence of commands executed in order, which eventually lead to a final result, i.e., infrastructure is set up.

The Declarative approach towards IaC follows the 'end-goal' mechanism. Here we define our result required to implement Infrastructure as Code in DevOps, which is the infrastructure specifications. The tool will give us the expected final result—no need to write a sequence of steps anymore.

Is Infrastructure as Code Just Automation?

IaC is a concept that has more than just simple infrastructure automation. IaC involves applying DevOps best practices to automation scripts to ensure things are error-free, roll back in case of fault, and rebuild on multiple servers. Tools like Ansible or puppet can be used for this purpose, which requires basic knowledge of coding techniques, and you're good to go.

What are the three basic DevOps principles?

As discussed above, Infrastructure as Code in DevOps describes all software requirements, network settings, and parameters in textual form. These texts act as manifest files that tools like Terraform or Ansible can automatically configure production-level environments.

All the developers work on the same project repository and finally integrate their code into it immediately after it has gone through several tests. This way, every new successfully tested code in DevOps Infrastructure as Code commit becomes a new product version and is ready for release in the market.

Tools like Gitlab CI, Jenkins, Ansible can be used for version management, which shortens the delivery time up to 80%. Even these days, organizations release updates almost 100 times a day with the power of continuous integration.

Continuous delivery is the form of workflow where the previous stage's output in any software development life cycle becomes the input to the subsequent stage. When the developers commit a new change to the code, this action automatically leads to a new build instance, where a new code version begins to pass the unit and integration tests. Continuous development is based on continuous integration and Infrastructure as Code (IaC), leading to so-called "CI/CD pipelines".

Infrastructure as Code and  CI/CD not just for Software Development

To some, it might seem IaC and CI/CD contribute only to a software development life cycle, but there is more to that. Automation of routine infrastructure management also minimizes the workload of DevOps engineers, which is vital for more productivity. DevOps culture is maximizing the output at every stage by automating things.

What are the Best Practices for Infrastructure as Code?

With the basics of Infrastructure as Code in DevOps understood, now, let's look at some of the best practices one should follow while implementing IaC.

As IaC makes deploying server infrastructure an effortless task for a DevOps engineer with the power of bringing up hundreds of instances at once, this can also cause damage if not done with caution. Several cloud services like AWS, Microsoft Azure, IBM and more, charge based on instances/services being run hourly. So infrastructure should be set up by only a professional DevOps engineer who understands how infrastructure works and is required according to the needs

The stricter, the better

Also, it is crucial to include application developers in a loop while setting up infrastructure as they are the ones who know what precisely an application requires to be able to run smoothly.

All the configuration files should be maintained under a version control system to make it easier to audit and track the changes.

Test and monitor your configurations

IaC is a code. All codes can be tested. By enabling testing and monitoring, errors and misconfigurations or inconsistencies in the servers can be checked before deploying them in the production environment.

What are the benefits of Infrastructure as Code for Businesses?

Environment provisioning becomes a rapid process with virtualized Infrastructure as Code in DevOps tools. This shortening of the environment process leads to faster delivery, thus making the life of a DevOps engineer easier.

The power of Terraform and Kubernetes manifests alongside virtualized cloud environments that provide additional instances to work in no time. IaC in DevOps leads to higher scalability.

Every environment is provisioned using CI/CD pipelines, so there's hardly any room for human errors. This ensures environmental uniformity throughout the DevOps Infrastructure as Code process.

Setting up infrastructure for a developer becomes a quick and easy task rather, he will be able to develop new features more quickly, according to customer feedback. Now the release of the new feature becomes a mere task of few weeks instead of a year. 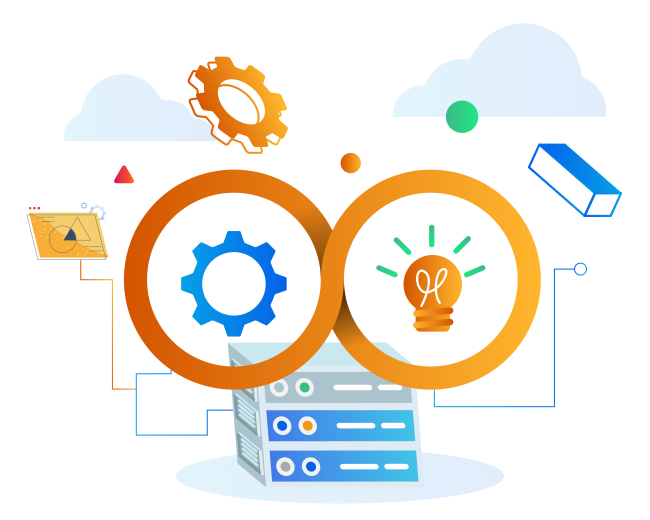 Getting started with Infrastructure as Code may seem challenging with many different tools and platforms targeted at different use cases, Know How XenonStack can help

IaC framework is an essential part of any DevOps environment with the power of making development and infrastructure management an easy job for a developer. IaC blurs the line between application and environment and in essence DevOps is also bringing together world of developers and operations.

The best way to implement IaC is to set up a dedicated team of experienced DevOps engineers who are focused to bring a change to the whole development culture of the organization and understand how Infrastructure as Code can prove to be their best friend in need. 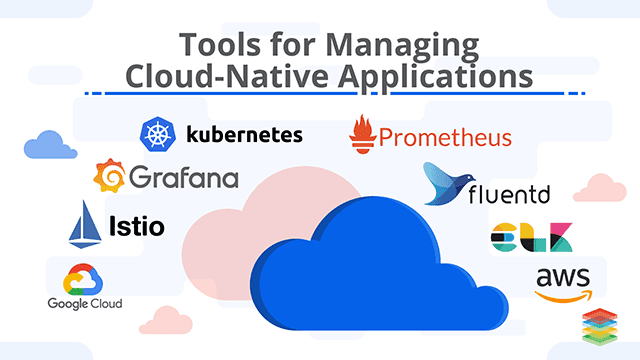 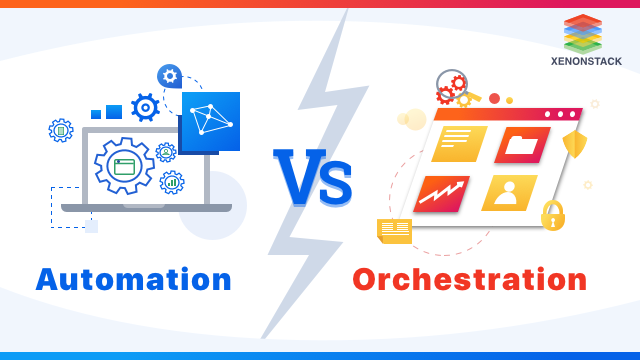 Orchestration vs Automation - Understanding the Difference