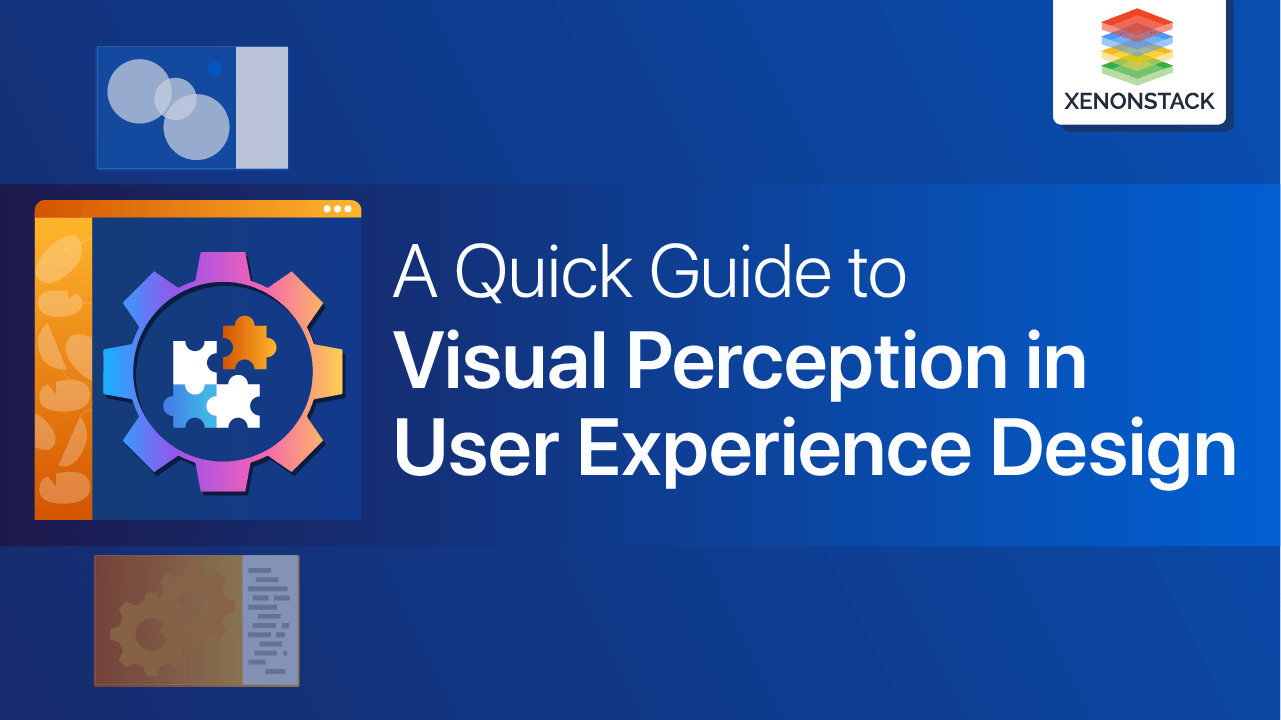 Introduction to Visual Perception in Design

Perception: Perception is a way of interpreting, regarding, and understanding things. It is the ability to hear, see or become aware of something with the help of the senses.

Perception in design: Designers create a perception by using various shapes, colors, typography, and images. Graphic perceptions of ideas and symbols are created by making similarities in objects, a continuation of eye movement through the design, closure of spaces and proximity of groups and grouping of figures; such practices help the designer shape and give the visual experience a distinct way through which they can convey their desired message.

Improving, and expanding the design toolkit are the only ways to build a character in the design community. Click to explore about our, Top 10 UX UI Designs

What is Perspective in design?

Below highlighted are the three types of perspective:

Why Perception in Design is important?

While designing a product's packaging, the designer needs to give a perception of what the company is trying to sell and what's inside the package. Giving too much or too less information or adding non-important graphics can confuse the customer. The sense of perception should encourage the customer to look at the product and use what is inside. The experience is always graphically matched with experience.

A kind of non-functional testing used to assess how easy and flexible a website is to use. Click to explore about our, Usability Testing Methods

What are the 7 Gestalt Principles?

Here are the Seven most important gestalt principles of design:-

Closure means that an object has an incomplete and not completely closed space. When our brain sees such images, it tries to fill the missing part to make it look like a recognizable image or pattern.

Proximity happens, When the objects are closely placed together, and the objects create a group. If the individual elements also look similar, then the group seems to be a single whole, even if they are different objects.

When the objects look similar, the human senses often perceive them as a single illustration.

This principle says that the human eye differentiates an object from its surrounding. This happens when the light and shape are used so that the image jumps out of a series of shapes.

This principle states that the human eye follows a similar pattern from one point to another. Continuity occurs when a group of objects comes in a single line or forms a cure-like pattern while being related to each other on the frame.

This principle states that in a group or composition of objects, the focus is the first thing that visually catches the eye or attracts the viewer's attention.

UX designers must resist the urge to over-design. A designer should keep some best practices in mind before designing for wellness. Click to explore about our, Healthcare UX Designs

How to improve Visual perception in design?

Below are the steps to improve visual perception in design.

This is the main method for working on the user's vision. Conveying and directing users with obvious signals can be as straightforward as a little symbol that assists them in fabricating and linking the signal with ordinary things. Pictures are supposed to be handled so that they can convey messages multiple times quicker than text. Since straightforward visual pictures can be straightforwardly remembered and perceived, the mind initially perceives and retains shapes like images, pictures, and outlines.

It helps the users toward the subsequent stage they need to perform. For onboarding, checkout, or straightforward merry go round looking over, it assists with furnishing the client with the leftover advances that should be finished to perceive each plan accordingly.

It's not just about the appropriate dispersing between two sentences. Appropriate dispersing among letters and passages is likewise vital. This is particularly significant while managing screens with a ton of settings. The importance of the text is significant for any site or item. Users lack the opportunity and willpower to look into many jumbled items.

The method of changing the space between two characters to improve an outwardly satisfying and consistent stream between letters.Click to explore about our, Kerning Typography Types

Not all expressions are similarly significant in a specific plan. Attempt to stress the pieces of the sentence that give the users additional background information, so the user doesn't need to peruse the whole passage to comprehend.

Try not to divert users with purposeless plan components. Try not to add extra improvements to your plan. Eliminate whatever number formats could be expected under the circumstances that are outwardly unimportant, particularly for intelligent screens where users need to perform activities. Urge users to utilize the application frequently by giving what they need and keeping the plan far removed or jumbled.

Feature components, such as toaster ovens and pop-ups with inconspicuous shadows, add profundity between them. The distinction in variety between the blunder status and the admonition status in the information fields additionally assists the user with remembering them. Utilizing contrast, the plan needs to isolate the frontal area from the foundation and perceive objects from a mind-blowing scope of spatial directions and precise signals.

While changing away at a screen, view them individually with the goal that the user can generate zero interest in each component. In turn, the small visual activities should be connected and lead to a goal that the user desires, unless the broken flow will lead the user to stop the search in the middle.

Ethical design frameworks reduce the distance between the need and the want. Click to explore about our, Top 10 Principles of Ethical UX Design