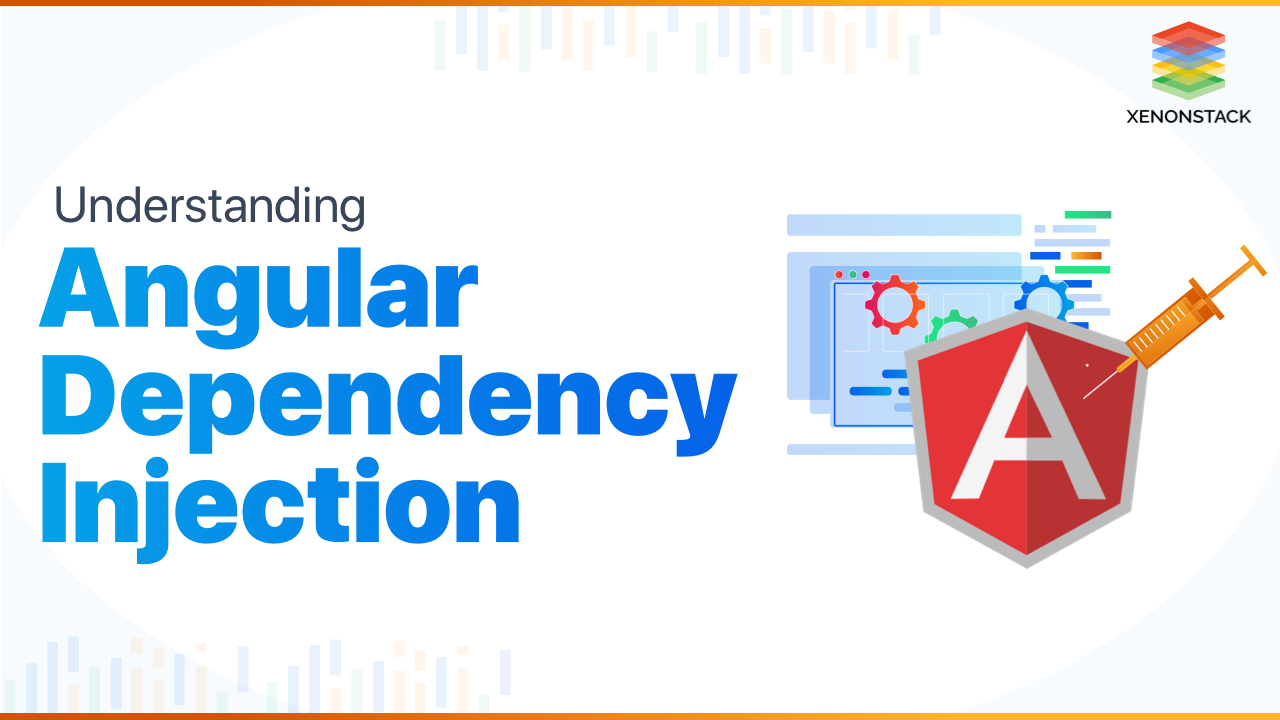 All the Angular developers out there who are now moving on to React or the one who wants hands-on experience on React. Click to explore about, Learn React | Advanced Guide for Angular Developers

The critical benefactor of Dependency Injection is classes. Along with the services, directives, pipes, components, and every such schematic in Angular benefit from Dependency Injection in some way or another. When developing a small part of the application, such as class, we might require external dependencies such as an HTTP service that makes backend calls. In this case, one way would be to create our dependency whenever we need it.

Why do we use Angular Dependency Injection?

It becomes easier to test an injected component because it no longer depends on a specific implementation of the dependency, such as a service. It will work with any implementation of dependency that is passed on to it. We can create a mock service class and pass it while testing.

How to build Angular Dependency Injection framework from scratch?

Dependency injection in Angular is implemented by the Angular Dependency Injection framework that creates and maintains the dependencies and then injects them into the components, directives, or services.

To understand the dependency injection in Angular, we can try setting up Dependency Injection from scratch, and the first step is to add a Provider.

What is an Angular Dependency Injection Provider?

If we create a class and try to inject this class into the Constructor of another class as a dependency, we get an error. It implies that our class is not linked to the Angular dependency injection system, and Angular needs to know how to create this dependency. So, for this, we need a provider.

So in the Providers metadata of the injector, the dependencies are registered. We can understand this with an example. So in the example, the service is registered with the injector of the AppComponent. The above example is the shorthand notation for the following syntax.

The above syntax has two properties.

The first property is Provide holds the Token or DI Token. The Token can be either a type, a string, or an instance of InjectionToken. The Injector uses the token to locate the Provider in the Providers array.

And we can also add the Services to the Providers array of the NgModule. This way, they are available to be used in all components and services of application as they are added at the module level. But we can also write that function ourselves if needed.

Asking for Dependency in the Constructor

The Components, Directives & Services (Consumers) declare the dependencies they need in their Constructor.

How to write our Provider?

To set up Angular dependency injection from scratch and understand the framework better, we can write our provider factory function.

The Provider Factory function is just a simple function that inputs any dependencies that the consumer needs. It calls the Constructor of the consumer, passes all the needed dependencies, and returns the new CoursesService instance as the output. But then there is a problem, how will the Angular dependency injection system know about this function, and how will it know that it needs to call it to inject a particular dependency. So there comes the role of Injection tokens.

We have to define the following things when we manually configure a provider:

There is another way to explicitly define a provider factory function instead of a provider factory function with the help of useFactory, which is the useClass property. We use the Class Provider useClass whenever we need to provide an instance of the provided class. The type passed to use class helps the injector create a new instance and then injects it. When using the use class property, Angular will know that the value that we are passing is a valid constructor function:

Galen Framework has its special language Galen Specs for describing the positioning and alignment of elements on a Web page. Click to explore about, Responsive Design Testing with Galen Framework

What is Injection Token?

So how does Angular know what has to be injected where and which provider factory function needs to be called to create which dependency? The injection tokens provide this. An injection token is basically what identifies something that we want to be injected and uniquely identifies a category of dependencies. If we try to configure it manually, This token injection object will identify our dependency in the dependency injection system. It is an object, and it's unique, unlike, for example, a string.

So this token object helps Angular to identify a set of dependencies uniquely. We usually declare the Provider in Provider's metadata. This is what it looks like.

Dependency Injection is wired into the Angular framework. It provides components with the injectable services, i.e., services could be injected into the component giving the component access to that service class.  So now, to understand and relate to all the topics covered so far, let's understand the Dependency Injection flow with an example by creating an injectable service and then injecting that service into a class.

Let's consider a service that provides users data. To generate a new UserService class, use the following Angular CLI command.

When a component depends on service, Angular first checks if its injector consists of any existing instances, if the service which is requested does not exist yet, it is made by the injector using a registered provider and then adds it to the injector before service is returned to Angular.

When all requested services are returned, Angular calls the component's Constructor and those services as arguments.

Now that we've created an injectable service, we can inject the service in a component's Constructor () by supplying a constructor argument along with the dependency type. We can understand this by injecting our UsersService in the component as follows, in which the UsersService is specified in the UsersListComponent Constructor.
constructor(userService: UserService) { }

What is Angular Hierarchical Dependency Injection?

We notice that in Angular, we specify the providers for the dependencies at multiple places such as:

We can do this because the Angular dependency system is hierarchical. Now let's understand what it means.

Our solutions cater to diverse industries with a focus on serving ever-changing marketing needs. Click here for our Custom AngularJS Development Services

We can now state that the Angular Dependency Injection system is flexible, with many configuration options, and along with that, it's super easy to use. This Dependency Injection paradigm works through a hierarchy of injection. Injectors receive the instructions, and then they instantiate the requested dependency. So the classes receive dependencies externally rather than creating them or knowing about them.