What is Exploratory Testing?

It "emphasizes personal freedom and responsibility" in testing because every individual tester tests, learns, and iterates throughout, not looking for a pre-designed answer that cannot deviate but also looking for the gaps that can be found randomly. Fewer test scripts don't mean a lack of preparation. Instead, it leads to fewer constraints on the tester. Exploratory tests are all about testers exploring an application to identify potential bugs. Testers jump on a process of investigation and discovery to effectively test a product. That's what it is all about.

Agile is a methodology that allows continuous iteration of development and testing all through the software development life cycle. Click to explore about our, Role of Automated Testing in Agile Enterprise

Testers need a complete understanding of the app, website, or platform to test it effectively. Testers need to understand valuable information like industry awareness, company details, and competitive benchmark data, and the tester will have the major factors needed to execute tests successfully.

In scripted testing, the test has specific test cases defined, whereas it has no preset path or predetermined conditions. Exploratory testers can conduct tests in a way that they deem fit.

Coherent test execution is also a critical best practice. In it, the tester has the freedom to execute a test as soon as they would like to do so when the application is ready to test. When the test is written, it can be conducted, and testing can be started. This means nobody is waiting on scripted requirements, and work can be conducted relatively seamlessly.

A process to check whether the system accepts a user's requirements. Click to explore about our, User Acceptance Testing

What is Adhoc testing?

Adhoc tests are usually performed to break down the system and use non-standard methods. The most surprising thing about Adhoc Testing is that there is no test development method for generating test cases. A process typically performed to find loopholes in software. Ad hoc testing is often performed without documentation, as no documented test cases exist.

In buddy testing, tests are conducted with the team effort of at least two people. The team is usually made up of at least one software tester and one software developer.
The team of the two people works together on a particular module to create valid test cases. This is performed so that the tester does not report errors that occur through improper test cases. This variety of testing can also be considered a combination of unit and system testing.

In monkey testing, testers randomly perform the testing on the module without having any test case aiming to break the system. The randomness of the approach used in this testing is called 'monkey testing.' In monkey testing, the software under test is provided by random inputs, for which their corresponding outputs are observed.

Pair testing is much like buddy testing. But here, a pair of only the testers work together on the modules for testing. Two testers work together to share ideas, opinions, and knowledge over the same machine to identify errors and defects.
Testers are paired for the testing according to their knowledge levels and expertise to get a different insight into any problem.

A process that allows the user to check that the provided data, they deal with, is valid or complete. Click to explore about our, Data Validation Testing Tools and Techniques

Agile development depends on quick reduplication and release. From the agile quality point of view, every new change in the system must be tested as soon as possible after the change is made. This reduces the risk of late defect detection and the associated costs. It becomes an efficient tool in agile development by reducing the time spent authoring and preparing tests while optimizing feedback time. This way, it aligns with the Agile manifesto's second value: "working software over comprehensive documentation."

A type of testing in which individual units or functions of software testing. Its primary purpose is to test each unit or function. Click to explore about our, Unit Testing Techniques and Best Practices

Inexperienced testing teams neglect to prioritize DB features in terms of significance, which is essential to saving effort and time. Click to explore about our, Database Testing Types and its Best Tools

What is the process of Exploratory Testing?

The processes are listed below:

A software development approach where developers write test cases for enhancements or new features before we write any code. Click to explore about our, Golang Unit Testing

If its Testing performed correctly, then it will prevent the wastage of resources in the future.Click to explore about our, Big Data Testing Best Practices and its Implementation

Exploratory testing is explained in many ways. Don't let fear, queries, or uncertainty get in the way of the possibilities to expand your testing. It is performed to identify real-time bugs. Also, it is more often used to detect bugs during the UAT of the system. So, if it is used early in the stage, we can avoid many bugs. 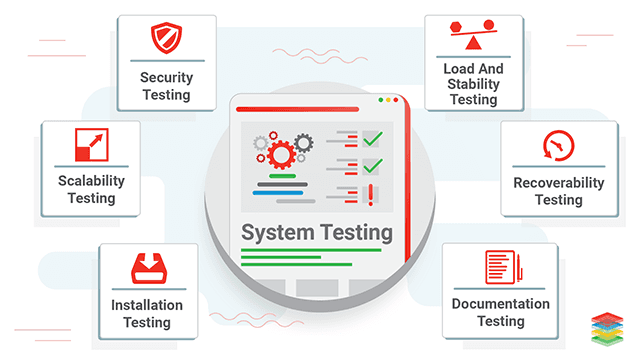