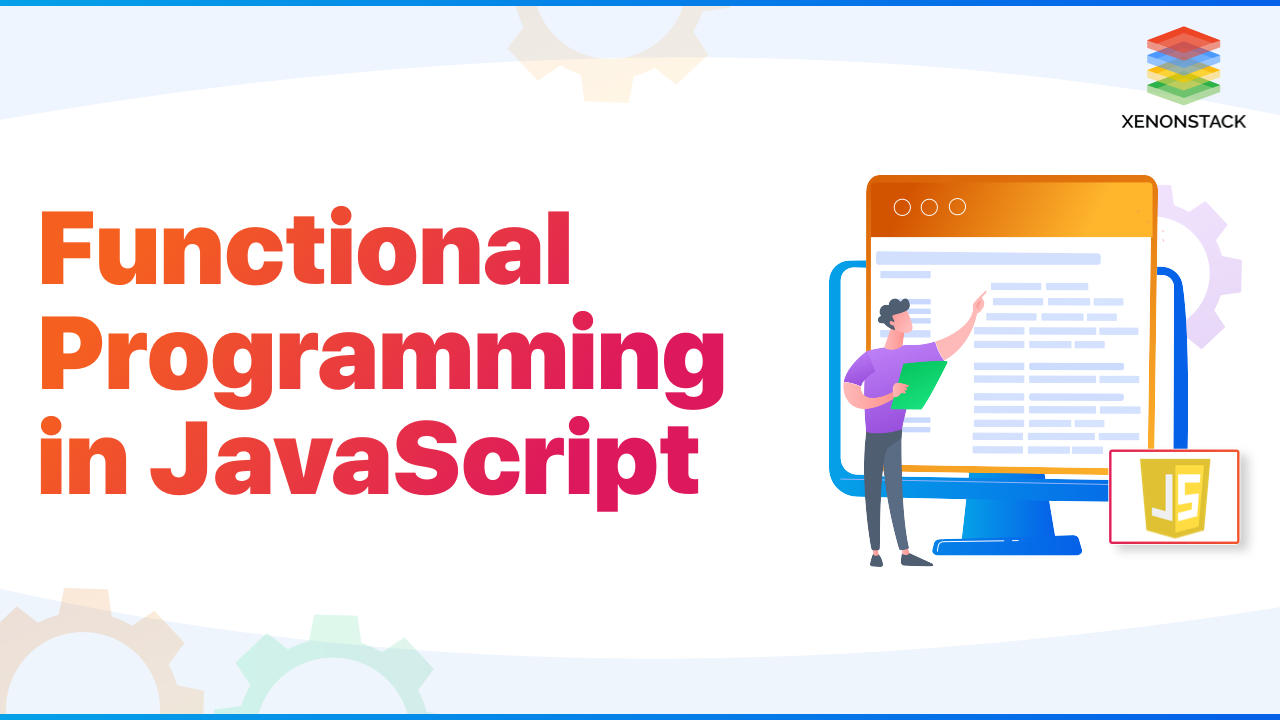 What is Functional Programming?

Real-World example is Declarative programming is a type of functional programming. It means that we announce what action job we will do without defining the particular actions we take to complete it.

(What we get paid for, what customers care about, they don't care about code)
A side effect is any change in the state of an application that is visible outside of the called function but not in its return value. The following are some of the side effects:
Functional programming avoids side effects to make it easier to extend, restructure, debug, test, and maintain a program's effects.

Functional programming is a significant paradigm shift in the software world over the past 10 years. Click to explore about, Reducing Maintenance Costs With Functional Programming

The problem with the shared state is that you need to know every shared variable's history that the function uses or changes to understand its effects.

Problem 1: In JS, arrays, stacks, and maps are all mutable.

But frozen objects are only superficially immutable. For example, the following object is mutable:

Make all Data Structures, variables immutable and use a copy of the existing data. But this creates another problem (copies). To overcome this, we use Persistent Data Structures like trie (immutable, supports copy operations without a lot of copies).

A curried function takes several parameters one at a time, returning a function that takes the next parameter, and so on until all parameters have been supplied. At this point, the application is finished and the final value delivered.

Binary and unary functions have different shapes. These forms are crucial, just as Lego pieces must fit together.

What is a Higher-Order Function?

Why do we want to curry?

We attempted to accomplish this using unary and binary functions. We lower the code's surface area; less code equals less surface area for bugs, resulting in fewer bugs. In the context of function composition, curried functions are convenient.

What is a partial application?

A partial application is a function that has been applied to some of its inputs but not all of them. To put it another way, it's a function with some inputs that are fixed within its closure scope. A partially applied function has some of its arguments fixed.
const add = (num1, num2) => num1 + num2;
const add3 = partial(add, 3) [function, default value]

What is software development?

Why Functional Programing in JAVASCRIPT

FACT: In just ten days, Brendan Eich wrote the initial version of the language that would become JavaScript.

Why does JS support multiple paradigms?

Brendan Eich, who worked at Netscape Communications, created JavaScript in 1995. Brendan Eich's boss advised him to add Java Features because Java was popular at the time, and thus the problem began.

let boundFunction = talkFunction.bind(dog) [forcing this to be dog]
bindFunction( ) //'woof'

this -> context is important

Code splitting is the splitting of code into components or numerous bundles which can be loaded when there is a demand or in parallel. Click to explore about, Code-Splitting in ReactJs

What is the difference between Imperative and Declarative?

Functional programming is a declarative paradigm, meaning that the program logic is represented without explicitly stating the flow control.

Imperative programs spend lines of code detailing the particular actions used to get the desired outputs — flow control: how things are done.

Declarative programs abstract the flow control mechanism (the how) and spend lines of code explaining the data flow: What to do instead.

What are the goals, and why are they important?

What is the difference between Procedures and Function?

The below highlighted are the differences between Procedures and Function?

To perform a series of steps, a function can be invoked. A procedure is a name for the sequence, and procedural programming is the term for programming in this way.

Functions can only call functions. If they call procedure, they become procedure.

According to Set theory. A mathematical function is a relation between 2 sets, input set, and output set, and & its mapping between two sets. Every function is a single-valued collection of pairs. const toLowerCase = { “A”: “a”, “B”: “b”, ……}

Function Purity: There must be the same corresponding output for a given input. You can even plot functions.


What will be the value of x at the end?

A core part of Angular and one of its most significant features. Click to explore about, Angular Dependency Injection

How does ES6 uplift JavaScript in functional programming?

ES6 uplift JS in functional programming is explained below:

Still thinking about why you should use functional programming. Functional Programming helps to achieve the Reliability, Portable, Reusable, Testable, Composable, and Properties/ Contracts.