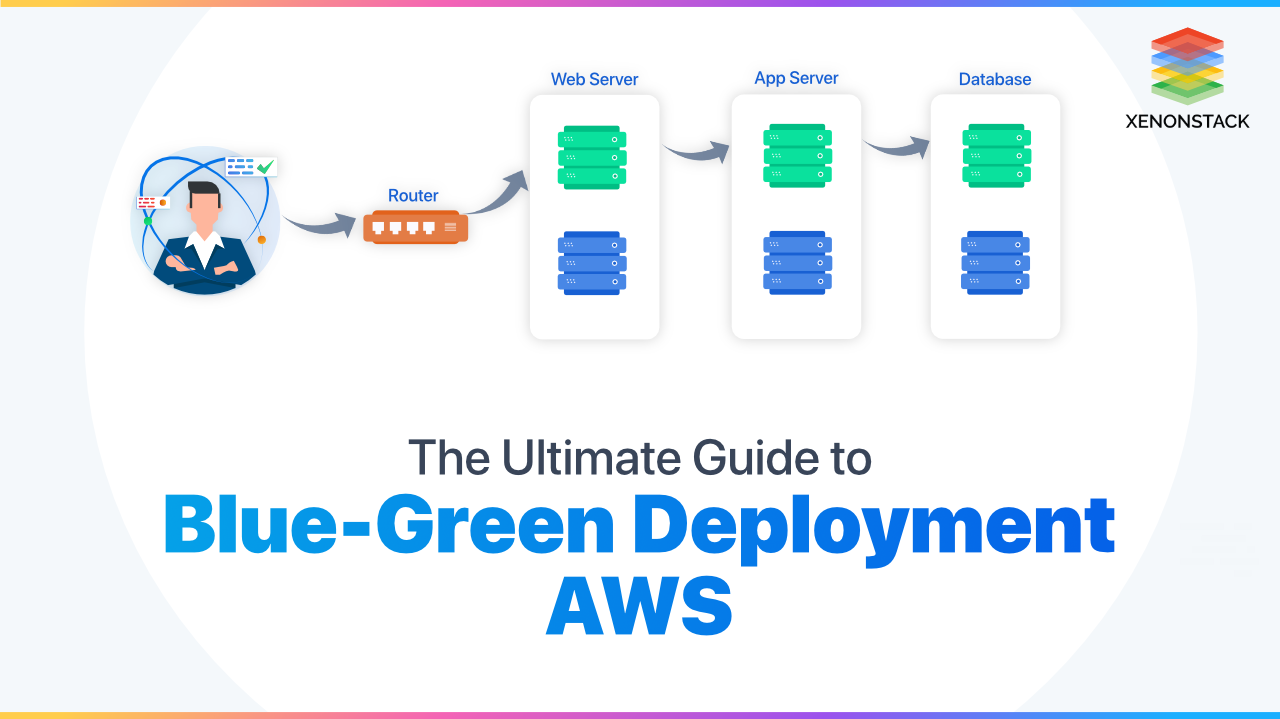 Blue/Green deployment is an application or service release technique that shifts the incoming traffic from an older version of the application or microservice to a newer version slowly or bit by bit. It needs two environments that need to be different but as similar as possible. This can be possible with two different pieces of hardware or virtual machines.

In this deployment technique, we need a router or a load balancer that shifts the incoming traffic from one environment to another. So here, we can identify the older version of the application as the blue environment, whether the new version can be identified as a green environment.

Now, let's understand with an example, currently, our router or LB sends the traffic to the older version, known as the blue environment, and now we have developed, tested, and released our new version, i.e., a green environment. After ensuring all the aspects of the new version are working correctly with no bug or risk of disruption. After successfully deploying the new version, we will route our incoming traffic to the new environment, a green environment. Then our client essentially sees that new application code with no downtime between the existing running application to the green instance application. As we said, there will be no downtime. Here a question arises, what if our green instance is not working properly or has stopped? So here we can again shift our traffic from green instance to blue or old instance.

What are the benefit of Blue-Green Deployment?

AWS provides several tools and services that help automate our application and streamline our deployment and infrastructure by using AWS API, which could leverage web consoles, CLI tools, SDKs, and IDEs.

Amazon Route 53 is a highly available authoritative DNS service that routes user requests for Internet-based resources to the appropriate destination.

AWS CloudFormation allows users to specify the AWS resources they require using JSON or YAML-based templates. This service offers extensive automation for establishing blue/green setups and allowing switch traffic upgrades, whether via Route 53 DNS, ELB, or similar technologies. The service may be utilized as a part of a wider infrastructure as a code approach. The infrastructure is provided and controlled using code and software development practices comparable to how application code is treated, such as version control and continuous integration.

Amazon CloudWatch is a service that monitors AWS resources and applications. CloudWatch gathers and visualizes data, ingests and monitors log files, and creates alarms. It gives system-wide insight into resource use, application performance, and operational health, which are critical for detecting application health early in blue/green deployments.

Enterprises adopting AWS Cloud with the right competency partners can align business and IT strategies for enhanced agility and resilience. Click to explore about, AWS Cloud Migration and Modernization Services

What are the best blue-green deployment techniques?

The best techniques to implement blue-green deployment are listed below:

The diagram below depicts how Amazon Route 53 administers the DNA-hosted zone. We may divert traffic from the blue instance to the green instance by modifying the alias record. 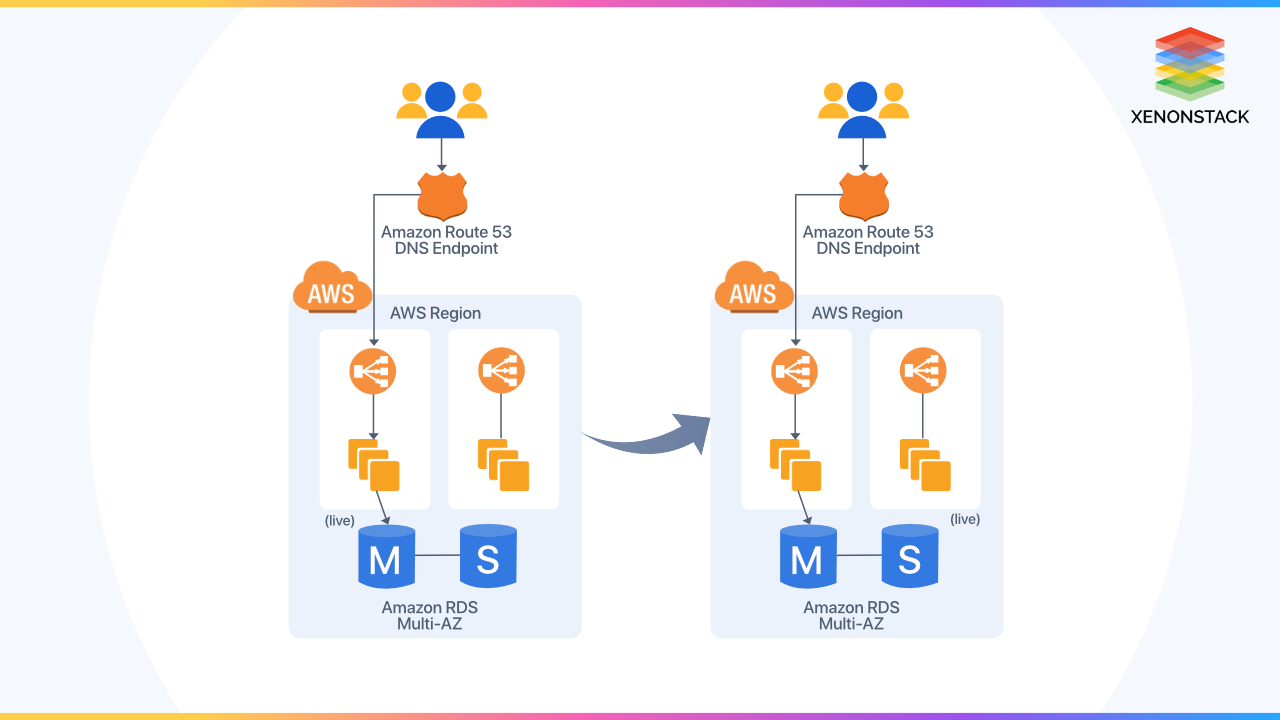 In this illustration, the environment boundary has been lowered to the Auto Scaling group. The production load is carried by a blue group, while the new code is readied and delivered by a green group. When ready to deploy, just link the green group to the existing load balancer to divert traffic to the new instance. The load balancer prefers the green Autoscaling group for HTTP/HTTPS listeners since it employs the least outstanding requests routing method. You may manage how much traffic is introduced by increasing or decreasing the size of your green group.

Data pipelines connect to the general term of migration of data from one place to another place. Click to explore about, AWS Big Data Pipeline on Cloud

The following step is to resize the Auto Scaling group to its original size. 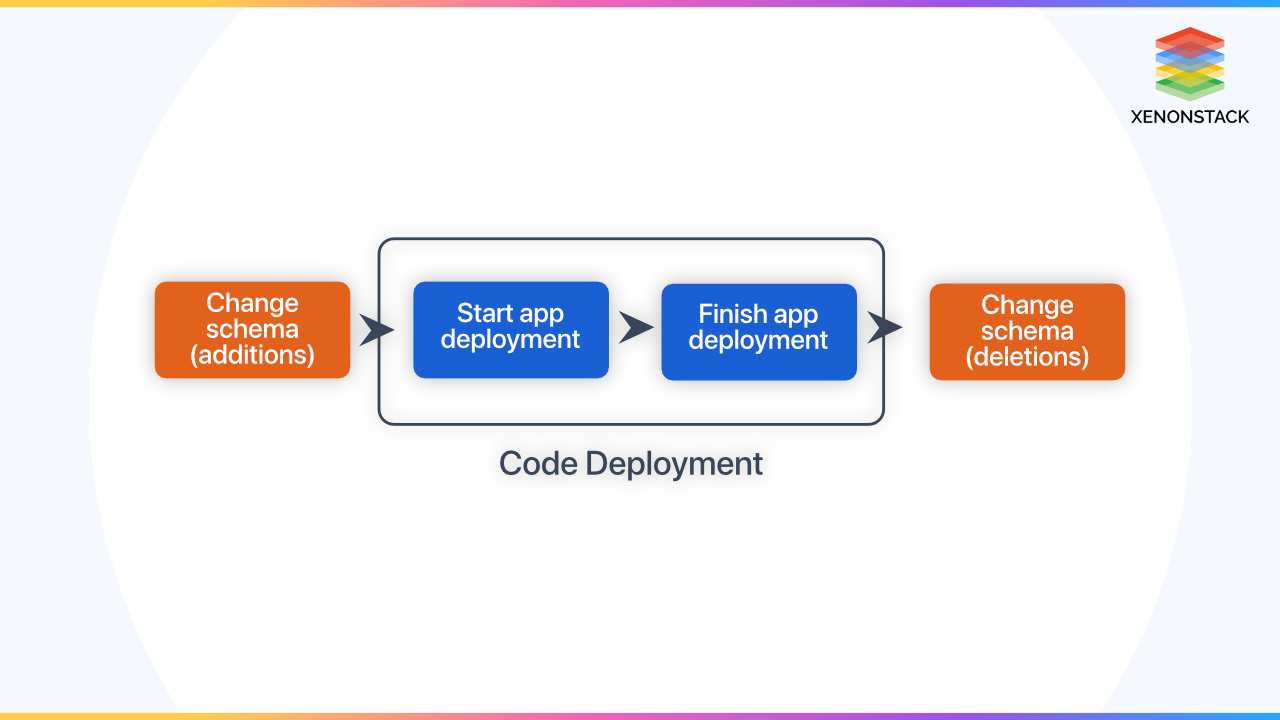 Adequate testing is required because this strategy may damage production if the schema update fails.

When Blue/Green Deployment is Not Advisable?

When the blue and green habitats are in different geographical places
The application must be "distribution aware."

Commercial off-the-shelf (COTS) applications have a preset update/upgrade mechanism, that is not compatible with blue/green deployment.

Our solutions cater to diverse industries with a focus on serving ever-changing marketing needs.Click here for our DevOps Consulting Services 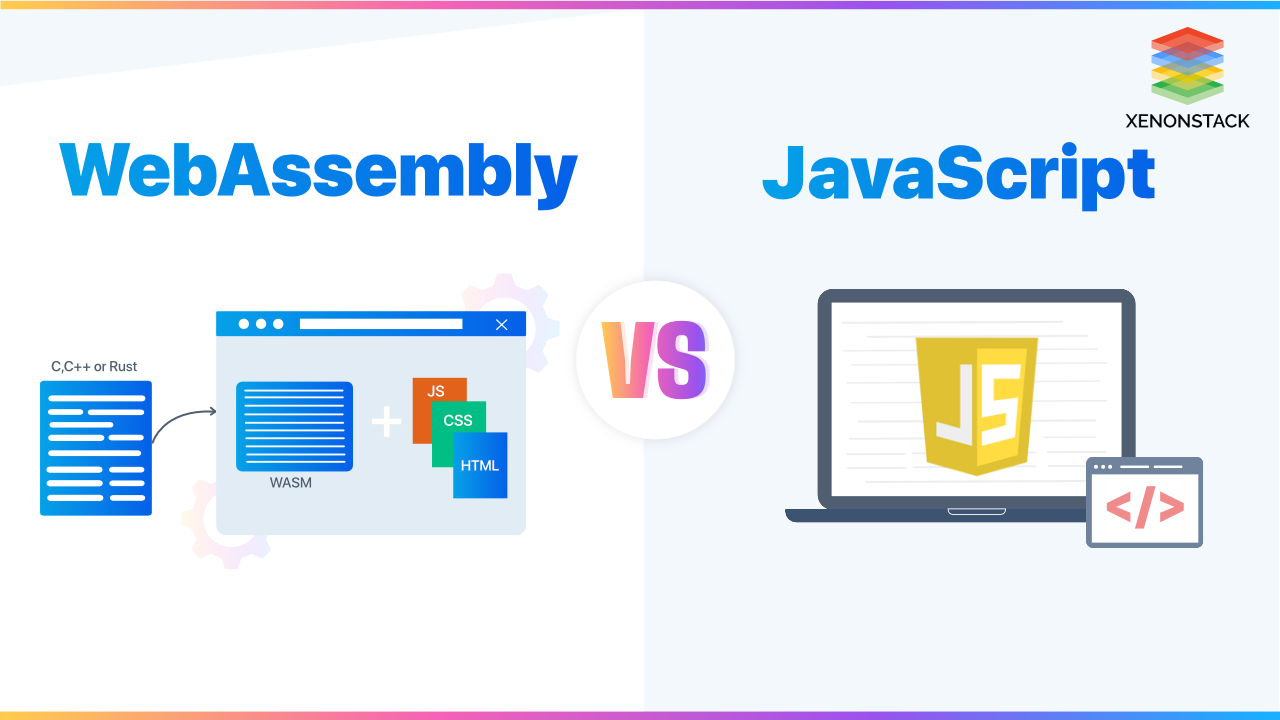