Traditional application development is an older method of creating apps now referred to as legacy applications. They operate in a client-server or mainframe environment and have a monolithic architecture.

This page will show you the difference between Traditional vs. Cloud Native Applications to scale your business. So, let's start with a quick introduction to both terms. Traditional Applications are the ones that were created 10 to 20 years ago. These basic applications run on a mainframe environment or do have a client/server environment. Most people in information technology(IT) usually refer to these applications only as "really old" or ancient." They are old workhorses that have yet to be retired. Expanding the Application based on these technologies usually brings a lot of hassle. Plenty of new hardware has to be purchased to upgrade or scale up to the next level in data storage and support services. Cloud Computing is a term that has become quite popular in recent times, regardless of the fact if you are working in IT or not. We are moving away from the world of inactive, flat, and sluggish worlds of traditional Applications to a world that is faster, more active, and versatile in its approach. The concept of Cloud-Native Applications started making its impression in the last ten years or so. Still, it brought the necessary change in the process and the ideas, which is why the Traditional vs. Cloud Native Applications comparison came into existence.

Why is Everyone Inclining Towards Cloud-Native Applications?

In the subsequent section, we will show you the best and the worst of these two application development techniques. So, get ready:

Traditional Applications usually take a lot of time to be built, especially when compared to their Cloud-native counterpart. They are usually developed and released as one big package. Whereas, Cloud-native experts conform to a framework that is designed to maximize flexibility.

The other main comparison is in terms of OS. The traditional Application architecture allows for the dependency between the operating system and the Application. This dependency is the reason which makes migration and scalability an entirely complex and challenging issue. Whereas the architecture for the Application based on cloud-native is designed to permit developers to use the platforms as a means to abstract away the dependencies. The main motive behind this is to let the teams focus on what matters while comparing Traditional vs. Cloud Native Applications.

The Cloud-native approach also ensures a faster release pace for an update means a company responds to the user need faster, eventually increasing users' retention. This is only possible because a specific bug can be located or traced to a particular microservice within a specific container. Once that bug is fixed hence will be updated quickly. After all, it is not an entirely new version of the Application. It is just some new lines of code. The amount of time spent searching for the problem's source and then working on a fix is significantly less compared to the traditional approach, which eventually saves a lot of time and money.

The other main difference is the way development works in both cases. In traditional applications, the developers will provide the finished application code to the operations team, and they will run that in production, which slows things down. The Priorities of the organizational structure in traditional applications take priority over customer value. In contrast, the cloud-native follows a different approach as it combines people, processes, and tools. It provides a swift and smooth transition toward transferring finished application code into production.

Cloud-native is cost-effective, and you only pay for what you use, unlike traditional Applications where you have to set up the data storage and all the services. This is despite the amount of work being done as the downtime is low, which means the work performance is improved. The profit is increased in the longer run.

The security of data is a significant concern. The cloud might seem less secure than storing data at local storage as anyone with access to the server can view and use the stored data and the Application on the cloud. But it is one of the primary reasons why Cloud-Native Security is famous as the ability of the data to be accessed from anywhere across the globe makes it easy to use. 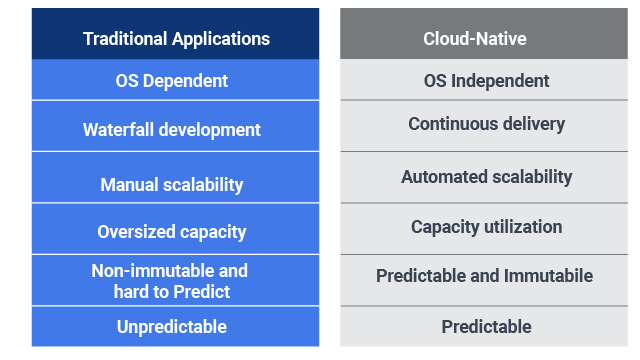 Traditional App Development is an excellent way to develop applications. However, it comprises some serious risks that might impact your business severely. For example:

When an organization works on the automation process, there is always a risk of hard-coding some human errors into its essential infrastructure. Also, incorporating human operators slows down the process of diagnosing issues. The use of computer automation nullifies these challenges.

This might occur with human error and downtime. Automation means the same rules will be applied consistently regardless of the size of the Deployed Application. In the cloud, there is a fair amount of automation. Updates are deployed automatically without interfering with the deployed Application or the user base. Scalability, testing, as well as resource allocation can be automated. Cloud provides Greater Protection from failures. As all the microservices are isolated in containers means if something fails, it is only limited in its scope; the whole Application does not go down, which makes it more reliable. In case of widespread failure, the automation restores the deployed Application to the previous stable working state. In cases like these, such applications' downtime is minimal or nonexistent. Automated testing is a protector if the Application deviates from specific parameters, is detected, and a team starts working on it.

Traditional applications often offer low backup capabilities, and a small mistake can lead to failure. In comparison, backups on the cloud are automated. The containers provide dynamic and high-quality virtualization on top of the VM-matching microservices. Clusters are placed across the VM to get their benefits in elastic scaling and recovery. The traditional Application can constantly be refactored by changing the code, not changing the site's infrastructure, and moving to the cloud infrastructure.

The bottom line is that traditional applications have helped us change how we conduct business over the years. Still, Cloud-Native architecture focuses on improving the infrastructure and exploits the business's full potential. This is why it is recommended to opt for Cloud Native Applications for better business performance.

Explore: How to secure your Cloud-Native Applications 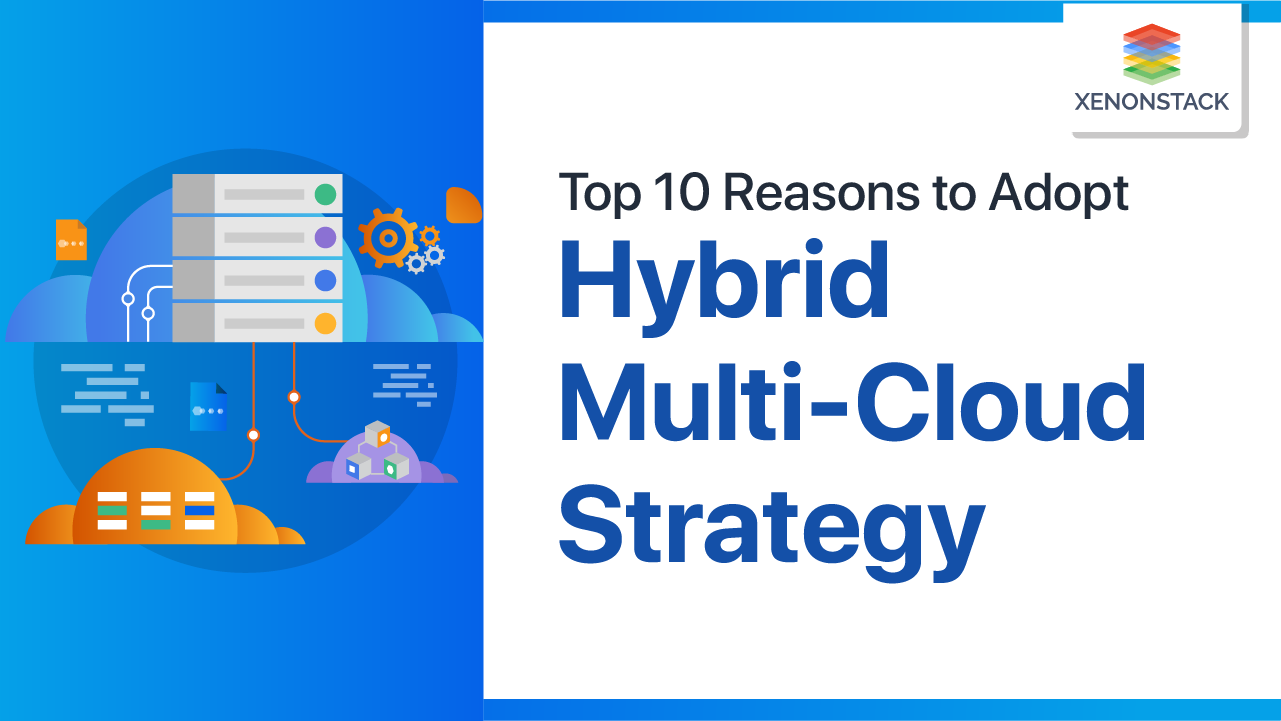