Container Security Benefits and Its Best Practices | A Complete Guide

What is Container Security?

Containers are based on an entirely isolated environment, they provide a solution to the problem of how to get the software to run reliably when migrating from one cloud computing ecosystem to another computing ecosystem. Container security is an approach to applying security processes, tools, and policies to protect container-based workloads. This article will give an overview of Container Security.

Why is Container Security important?

Containers a standard way to package your application's code. It is the isolated process i.e., the process running in the sandbox that typically only sees the other methods that are started in the same container. Containers make our app portable -

Containerization allows for greater modularity i.e., and the application can split into modules.

An open platform tool to make it easier to create, deploy and to execute the applications by using containers.. Click to explore about, Docker Container Architecture and Monitoring for Enterprises

What are the benefits of Container Security?

What are the mechanisms of Container Security?

- Docker daemon is the mastermind behind the whole operation.

- When the docker run command is used to start up a container, the docker client will transpose that command into an HTTP API call and transmits it to the docker daemon then assesses the request, talks to the underlying OS, and provisions your container.

The next generation container image builder, which helps us to make Docker images more efficient, secure, and faster. Click to explore about, Building Images with Docker BuildKit

What is Docker Security?

Providing security to your custom images by scanning the container images and enforcing policies as a part of continuous delivery workflow. Click to explore about, Complete Container Protection Platform

Containers are accessible because they provide a standard way to package an application code. They make the app portable and do not need to install all dependencies. But there are still some difficulties in container security. Some container software is used to secure containers. Docker has commonly used container software. Docker container technology increases the default security by creating the isolation layers between the application and between the application and hosts. Isolation is a powerful mechanism in controlling what containers can see or access or what resources they can use. Docker container provides resource constraints with Linux namespaces and groups.

When the developer has completed their aspect, they will push to the continuous integration system (CI), which will build and test the images. The image will then drove to the registry. It is now ready for deployment to production.

The gold standard for image provenance is Docker Content Trust. DCT presents the capability to use digital signatures for data sent to and received from remote Docker registries. With docker content trust enabled, a digital signature is added to the image before they are pushed into the registry. When the image pulls docker content trust will verify the signature, by ensuring that the image comes from the correct organization and the content of the image exactly matched with the image that was pushed. It is also possible to verify the image using digests.

A standard approach to package your application's source code, configuration files, libraries, and dependencies in a single object. Click to explore about, Role of Containers in DevOps

Docker security scanning gives the ability to do a binary level scan of all images. The image scanner automatically helps to identify all the vulnerabilities and reduce risk., it also ensures the integrity of a container image. Docker security scanning is available as an integral part of the docker cloud and docker data center but not as a stand-alone service.

The production environment is regularly edited to ensure that all the containers are based on up-to-date containers, and both hosts and containers are securely configured. Auditing directly follows security scanning and image provenance. It isn't enough to scan images before they are deployed as new vulnerabilities are reported. Therefore, it is essential to scan all the images that are running. Some tools can be used to verify that the container files system has not diverged from the underlying file systems. Tools, such as docker diff is used to list the changed files and directories in a container file system since the container was created.

The significant security benefit of the container is the extra tooling around isolation. Containers work by creating a system with separate namespaces. The principle of least privilege is defined as "Every program and privileged user of the system should function using the least amount of privilege required to complete the job" Concerning containers this represents that each container should run with a minimal set of privileges possible for its effective operation.

A container can also be secured by running containers with read-only file systems. In docker, this is achieved by only passing the read-only flag to docker run. Bypassing the read-only flag, the attacker will be unable to write the malicious scripts to the file systems and unable to modify the contents. The network traffic is between containers on the same host, which increases the risk of unwanted disclosure of information to other vessels. To reduce these risks, the developer should restrict container access by allowing intercommunication that is necessary by linking specific containers.

Kubernetes is playing a vital role in the deployment and scaling of applications. Click to explore about, Container Design Patterns for Kubernetes

No matter how good a job is done with vulnerability scanning and container hardening. There are always unknown bugs and vulnerabilities that may recognize in runtime and cause a disturbance. That is why real-time threat detection is essential. Tools like AuqaSecurity and Twistlock offer runtime threat detection. Twistlock provides full-stack container and cloud-native cybersecurity for teams using Docker, Kubernetes, serverless, and other cloud-native technologies.

The most two standard security modules are SELinux and AppArmor. They both are an implementation of the Mandatory Access Control (MAC) mechanism. SELinux and AppArmor are brave attempts to clean up the security holes in Linux containers. MAC will check that the user or process has the right to perform various actions such as reading and writing. Application Armor (AppArmor) is an effective and easy-to-use Linux application security system. AppArmor protects the OS and applications from any kind of internal and external threat. AppArmor is available for docker containers and applications present in the containers. AppArmor is always recommended to use as is by default with Ubuntu 16.04.

Security-Enhanced Linux (SELinux) is the implementation of the MAC security mechanism. It allows the server admin to define various permissions for all processes. SELinux defines how processes can interact with another part of the server. E.g., An apache user with full permission can only access/var/www/html directory but cannot access the other part of the system without policy modification. If an attacker managed to access the Apache web server, it would only have excess to exploit the server. The files will have regular access as defined in the policy of the server. The attacker does not have access to other parts of the system or internal LAN. Therefore, the damage can restrict to the particular server and files.

The namespace feature in Linux containers allows developers to avoid root access by giving isolated containers a separate user account. So, a user from one container does not have access to another container. The system administrator should have to enable this feature, as this feature is not enabled by default.

Our solutions cater to diverse industries with a focus on serving ever-changing marketing needs. Click here for our Cloud Strategy Services and Solutions

What are the best practices of Container Security?

Containers are gaining popularity as they are efficient and fast. Therefore, Containers Security must require a different approach. So, one should follow these Container Security Best Practices. Usually, three distinct layers need to be achieved in a container implementation, i.e., images, containers that contain these images, and the host that is running these containers. To understand more about Containers we advise taking the following steps - 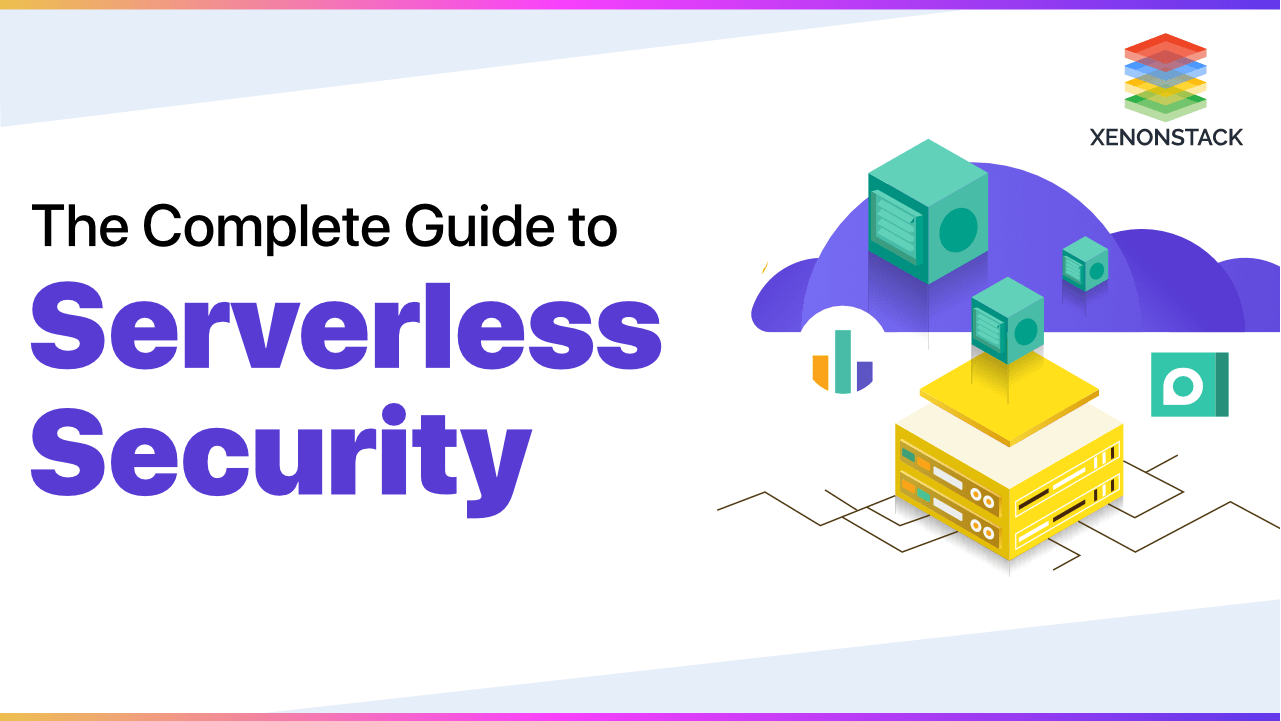 What is Serverless Security? - A Complete Guide 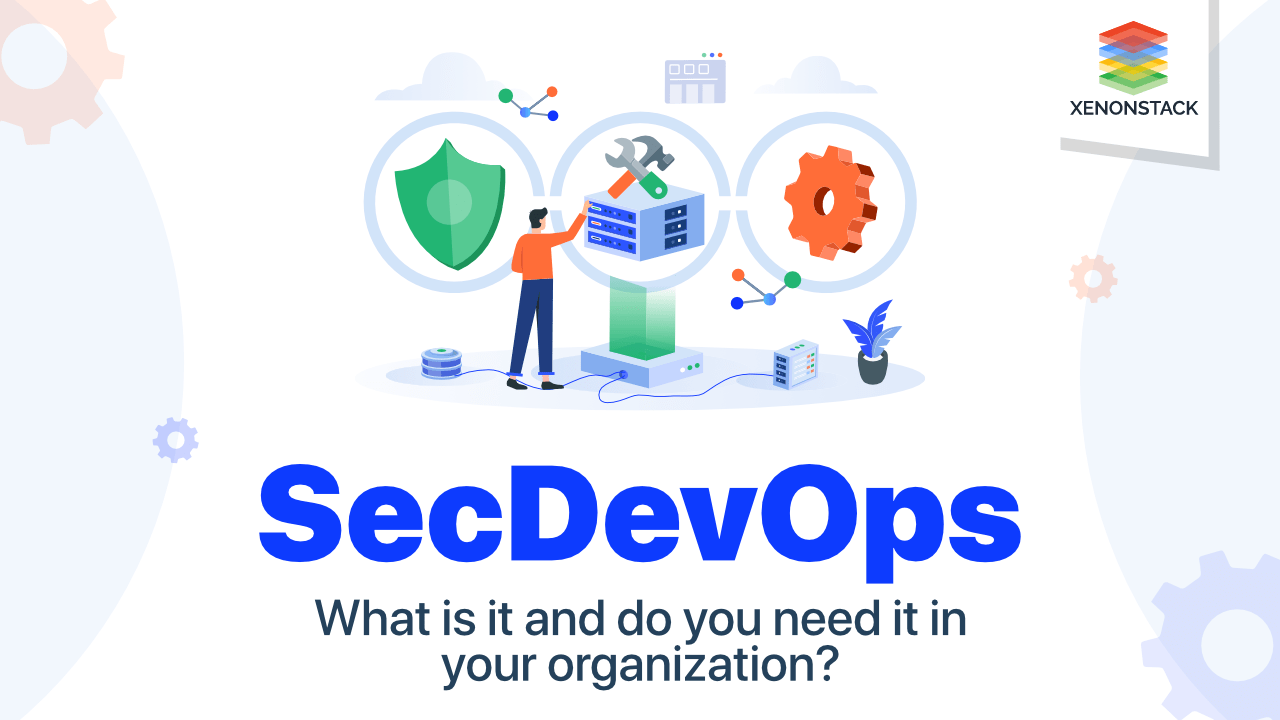 SecDevOps: What is it, and do you need it in your organization?