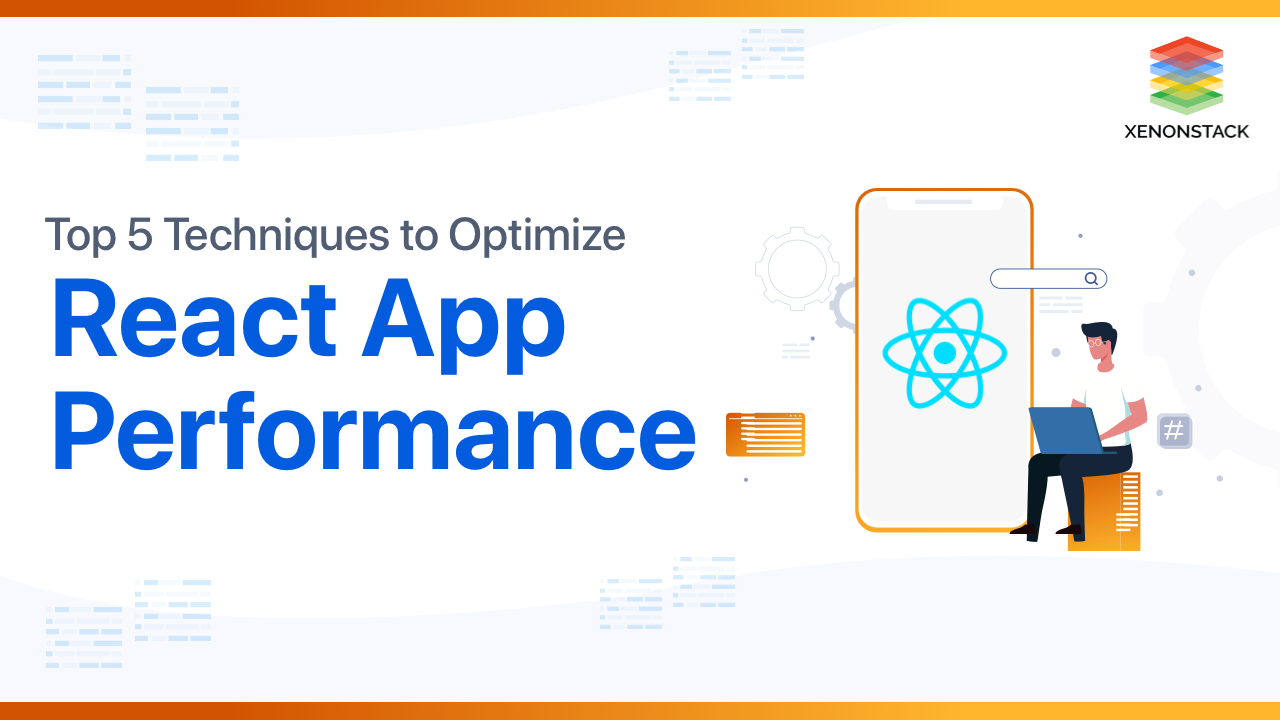 Using React in application brings better performance and minimizes the number of DOM operations used to build faster user interfaces as it was built keeping performance in mind. React applications very fast is the DOM, but it sometimes makes many irrelevant components render the tree. As a result, UI might glitch, and sometimes developers may get hesitant to continue with React.

Reactive programming is an asynchronous programming model where the developer process the stream of coming data to propagate the changes in code. Click to explore about, Reactive Programming Solutions

How to measure React App performance with DevTools Profiler?

The browsers provide this feature in dev tools and allow us to audit the application. This includes measuring the performance of React applications. Another way is by analyzing React components with Chrome’s performance tab.

DevTools provides us with a visualization of the performance of our app. To see the performance of React app, we first require to make sure that we run React in the development mode. Then we need to open DevTools in the browser and go to the “Performance” tab. The app's performance could be recorded from a point after the page has loaded or from the page load.

Devtools has another helpful feature: profiling the applications, which is a tool to identify the performance bottlenecks in the application. Now we can move on to, how to do component profiling using DevTools Profiler?

How to do component profiling using DevTools Profiler?

There is a profiler tab in the browser dev tools, and it will be empty initially on clicking on it. To start the profiling, click on the Record button. Once the recording is started, it will collect the performance data every time the application renders. So once the recording starts in the profiler, go ahead and interact with the app and then click the red circle to stop the profiling.

Software testing is the most important phase of the whole process of software development. Click to explore about, Javascript and ReactJS Unit Testing, TDD and BDD

How to read the profiling data?

By default, the view shown in the profiler is the "Flame chart," and there is also the "Ranked chart." The flame chart view represents the state of our application for a particular commit. The size and color of each bar represent how long it took to render the component and its children.

The Ranked chart represents a single commit. In the chart, the bars represent React components (e.g., App, Nav). The created diagram is ordered, so the components that took the longest to render appear at the top.

Several clever and performance optimization techniques are used in React internally to minimize the number of costly DOM operations required to update the UI. This generally leads to a faster user interface without specifically optimizing for performance for many cases, and there are ways where you can still speed up your React application.

Use a Production build before deployment.

If you’re benchmarking or facing performance-related issues in your React apps, you always need first to make sure that you are testing with the minified production build.

By default, whenever we run a React app, it gives many helpful warnings, which are very useful in development. However, they also make the React app larger and slower, so you should use the production version when you deploy the app.
So it is recommended to use development mode while working on the React app, and production mode is to be used when the app is deployed for the users.

When we need to render the multiple elements in a component or return a group of related items, using a <div> or another element to enclose the elements could add a node in the DOM. So to avoid this, we can use React Fragment in React, which will not add any other nodes to the DOM.

It is one of the great ways to avoid adding any unnecessary nodes to the DOM and web components as children for React. Fragment could also be used and also mark it with a key.

The term Immutability refers to something whose value or state cannot be changed. So, in programming, a variable is immutable when its value cannot change after it’s created. So, using immutability would mean that we instead make new copies of objects/arrays instead of changing the data. If we use immutable data in our React app, the diffing algorithm used by React for tracking the changes to our app becomes cheap.

To understand how immutability could help with performance, we must understand how React builds as well as maintains an internal representation of the rendered UI (Virtual DOM). React compares the newly returned element with the previously rendered one whenever any props or state of a component changes. When the two states or props are not equal, then we will update the DOM. Hence, we need to be careful whenever we are changing the state.

To boost performance by using immutable data structures, and for handling changes to state or props in React components, we can consider the following immutable approaches:

Another useful way to improve the performance of React app would be to avoid any inline function definition inside the render function.

This is because the anonymous functions that aren’t assigned an identifier (via const/let/var) are not persistent whenever a component inevitably gets rendered again. So, as a result of this, instead of allocating a single piece of memory only once, like when named functions are being used, JavaScript allocates new memory each time this component is re-rendered.

Using lazy loading in an app provides better performance and load time. When using lazy loading, we reduce the number of resources that need to be loaded on the page initially. If the number of requests for resources is lesser, it results in lesser consumption and competition for the limited network bandwidth available to users. As a result of this, the device can download and process the remaining resources much faster. Therefore, the page becomes usable much sooner with less load time than one without lazy loading.

Although the React applications boost performance, the virtual DOM and React ecosystem is vast and powerful. We can still leverage numerous tools or techniques available to us to build huge complex applications with outstanding performance. And these techniques can make our applications fast and smooth. So, the additional efforts are definitely worth the advantages of having a higher-performance, more maintainable codebase.