A pattern built for development in performance testing is known as Test-Driven Machine Learning Development. It is a process that enables the developers to write code and estimate the intended behavior of the application. The requirements for the Test-Driven Machine Learning Development process are mentioned below- Tests can be written for functions and methods, whole classes, programs, web services, whole machine learning pipelines, neural networks, random forests, mathematical implementations, and many more.

The TDD cycle enables the programmer to write functions in small modules. The small test modules consist of three sections that are described below - If the developer is adding a special handling feature in the code such as an if statement, the code will no longer follow the refracting process. If while refactoring the code, the previous test alters then the code has to pass the test process cycle.

What is Acceptance Test-Driven Development?

ATDD stands for Acceptance Test-Driven Development. This technique is done before starting the development and includes customers, testers, and developers into the loop. These all together decided acceptance criteria and work accordingly to meet the requirements. ATDD helps to ensure that all project members understand what needs to be done and implemented. The failing tests provide us quick feedback that the requirement is not being met.

Many times, the code doesn’t raise an error. However, the result of the answers won’t be as expected or the other way around the output we get is not exactly what we wanted. Let us assume that we want to use a package and we start to import the same. There is a chance that the imported package must have already been imported and we are importing it again. Therefore, to avoid such a situation and we want to test if the package we wanted to import is already imported or not. So, when we submit the whole code to the test case, the test case should be able to find if the package is already imported or not. This is to avoid duplication. Similarly as above, when we wanted to use the pre-trained models for predictions, the models sometimes will be huge and we want to load the model only once and in the process, if we load multiple times, the processing speed gets slowed down due to occupying more memory which actually is not required.

Let’s say, we have two functions in a package, addition, and multiplication but the developer has actually given the code of addition for multiplication and vice-versa(a typo while defining the function). If we use the function directly we will get the result; we won’t get the expected results. So, we could create a test case where given any two known inputs and the known output, if not one, for a few test examples, we can set the condition saying if all the test cases pass, then the given function is correct.

First of all, a simple testing module implemented in Python is described which is further used for TDD in Machine Learning and Deep Learning. To start writing the test, one has to first write the fail test. The simple failing test is described below - In the above example, a NumGues object is initiated. Before running the testing script, the script is saved by the name which is ended with _tests.py. Then move to the current directory and run the following command - nosetests

By observing the above screenshot, it is concluded in the above code NumGues object is not defined. Therefore, a new class is made with NumGues.py where the class is developed. The code is mentioned below - class NumGues: "Guesses numbers based on the history of your input" After that import the class in the testing script by writing import NumGues at the top.

The above screenshot says that the module object is not callable. Therefore, it is not the right way to call the class. Now call the class correctly at the top of the testing script and run it. from NumGues import NumGues

From the above screenshot, it is concluded that the “guess” object is not present for the “NumGues” object. To remove the above error, some changes are made in the class. Changes are mentioned below - After that test results and observes the results from the below screenshots.

TDD plays an important role in terms of machine learning. There are a number of issues that are faced while implementing machine learning algorithms. Therefore, with the use of TDD, it becomes easy to organize the code and solve issues efficiently. The issues while implementing machine learning is described below - For example, if the input is considered in the range of 0 and 1 in binary format and the output is obtained in the range of -1 and 1 then, it will be a serious situation. This is because it can harm the applied model and even produces a hole within the time series. An exponential curve is developed using two points which can be taken as a linear relationship between the points. On the contrary, patterns are not obtained due to the presence of two points as a reference. If the range increases to view the results more clearly, the error also increases drastically. These situations are observed mostly in case of small datasets as the information available is not enough information that can be used to obtain an accurate result.

Seam testing can be performed on the data flow of the machine learning algorithms. Therefore, unit testing is implemented on data inputs and outputs of the applied model to verify that the model is working within the given valid tolerances. Seam Testing is selected as it is one of the best approaches for testing the interfaces between the small modules of code. An approach is implemented to monitor the speed of the model for training. The approach is known as the benchmark. It is one of the minutest of unit testing which is applied to the code to find when the learning speed of the model decreases or increases. Precision is responsible for monitoring the metrics of the percentage of true positives whereas Recall is defined as the ratio of true positives to true positives plus false negatives.

TDD is nothing but the development of tests before adding a feature in code. Click to explore about, Test and Behavior Driven Development and Unit Testing in Python

What is a Developing Classifier?

From the above screenshot, it is observed there is a need to define “Classifier”. Therefore, class “Classifier” is made which is mentioned below - The above code depicts the class of Classifier which is used for performing the classification process. In order to work classification for single data, the code is given below:

Testing of the working of a model is an important aspect in terms of the developer. Sometimes, there may be a situation that the code model is non-erroneous but the performance and accuracy of the model are worse. The reason behind this is difficult to find. Therefore, to accomplish this task TDD can be used, and working on a model could be improved efficiently. Let's take an example. Firstly, data is generated by performing logistic regression. The code is given below - Now, the next step is to develop the test for the model. The code for testing is mentioned below - The result of running the above code is given below - 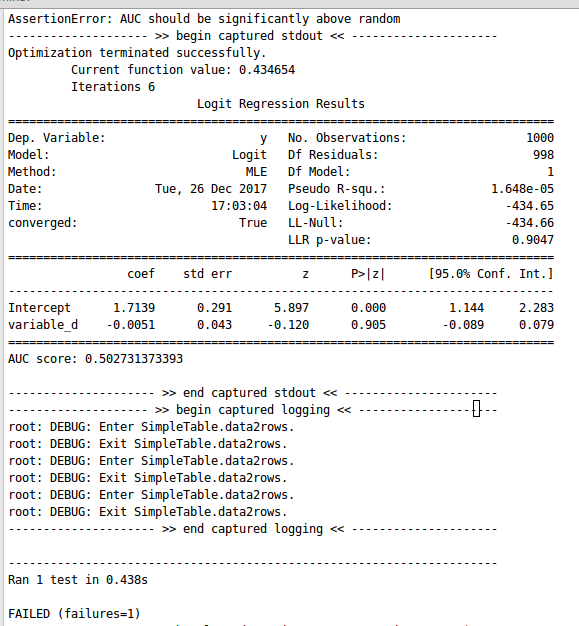 After observing the above screenshot, it is concluded that the value of AUC is quite low i.e. 0.50. As well as the value of p-value is very much greater than 0.05. Therefore, it is quite understood that the model is worse. Now, the model can be tested for other variables as well. Let’s go for testing for variable_e and check the model accuracy. The results are displayed below - 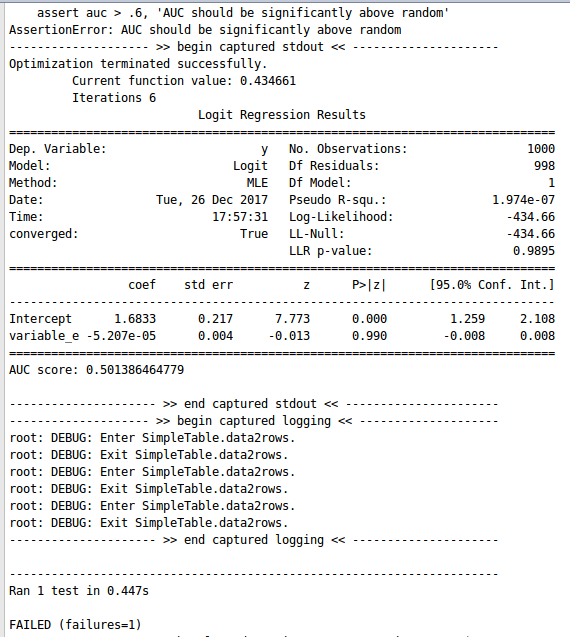 After observing the above screenshot, it is concluded that still, the accuracy of the model is bad. Now, let’s try for variable_c. The results are shown below -

From the above screenshot, it is concluded that the value of AUC is still low but the value of the p-score drastically decreases to 0.030. Therefore, the accuracy of the model is improving. Let’s increase the variables and test for both variable_b and variable_c. After implementation, it is observed that the test is passed. The screenshot is shown below -

Now, let’s focus on improving the value of the AUC score. Therefore, increase the milestone from 0.6 to 0.7, and start testing of the model. The results are given below - 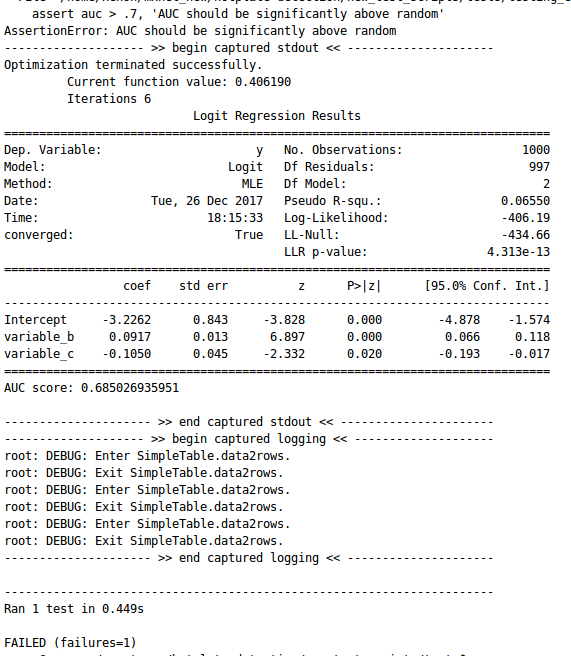 After observing the above screenshot, it is noticed that the test fails due to the value of AUC. Therefore, increase the variables and test the model for variable_a, variable_b, and varibale_c. It is observed that the test is passed. The results are shown below -

Now let’s increase the milestone more to 0.79 and test again. It is observed that still, the test passed. The results are given below as screenshots -

The results obtained now are much better as compared with the very first model. Therefore, in this way, the accuracy of the model can be increased

Backtesting is the process of testing the strategies applied to a given dataset. Therefore, a Python framework named “bt” is introduced that helps to evaluate strategies and improve them. The implementation is explained below along with the code - After implementing the above code, the result is obtained which is shown below-

Now, let’s change the strategy for the data. The code is given below - After implementing the above code, the results are obtained that are shown below -

The important task of this approach is to facilitate the rapid development of complex trading strategies.

Test-driven development (TDD) is a development technique where the developer must first write a test that fails before one writes a new functional code. TDD ensures a proven way to ensure effective unit testing however it does not replace traditional testing. We believe that TDD is an incredible practice that all software developers should consider during the development process.

Our solutions cater to diverse industries with a focus on serving ever-changing marketing needs. Click to explore our ML Services for Productionizing Models

At XenonStack we offer Data Science Solutions for Data scientists and researchers to Build, Deploy Machine learning and Deep Learning algorithms at scale with automated On-premises and Hybrid Cloud Solutions. 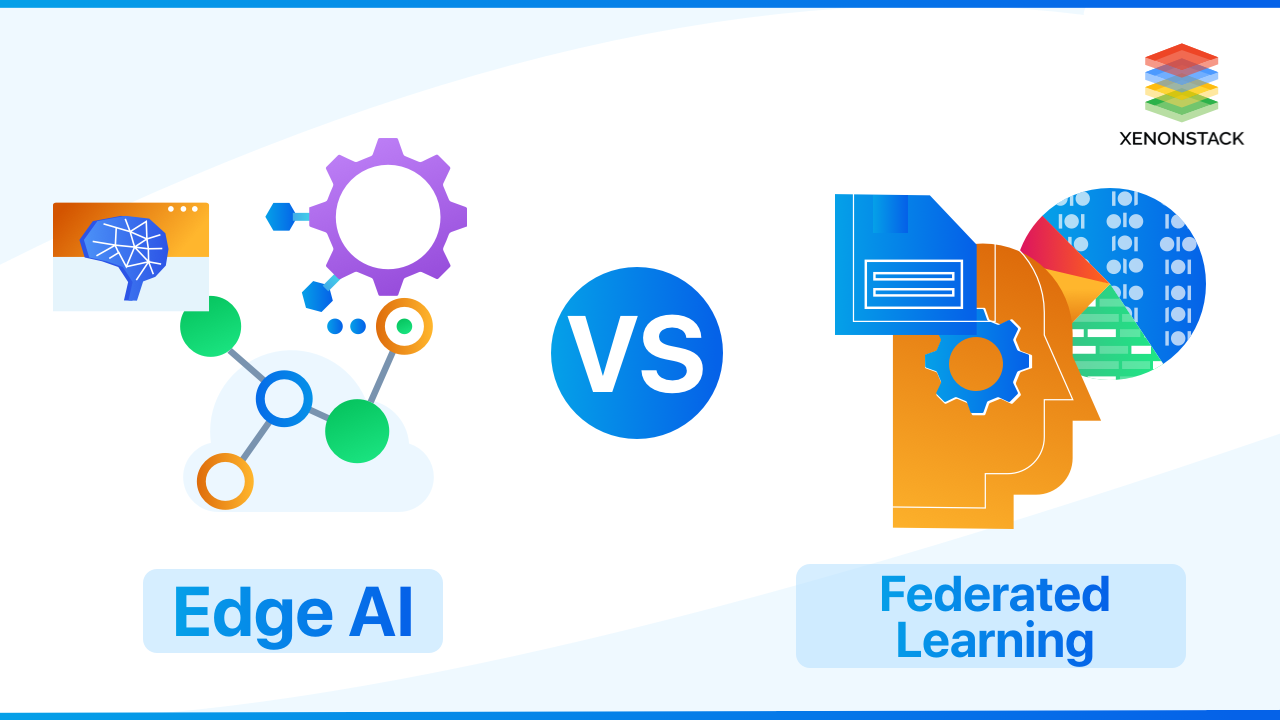 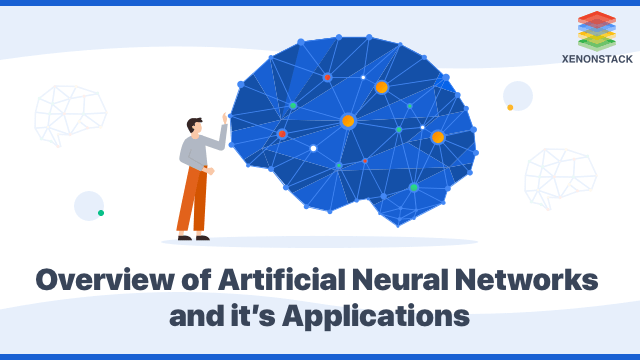 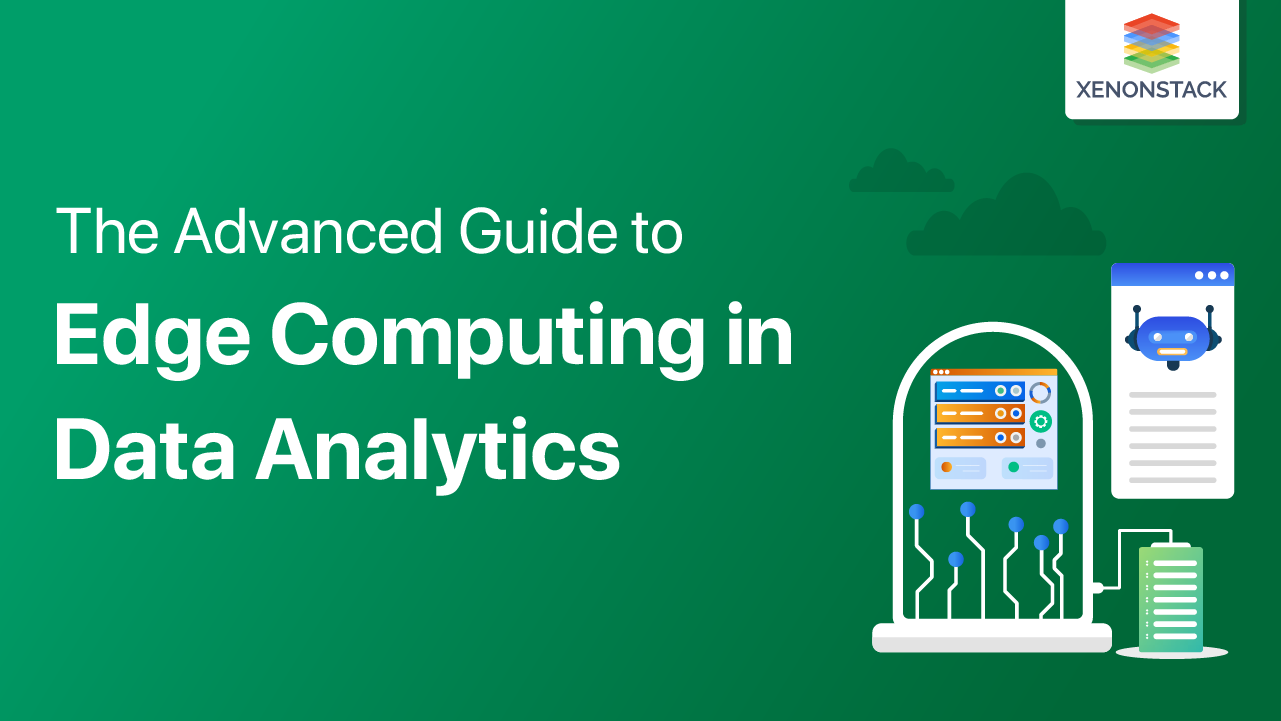