Implementing Apache Cassandra on AWS and its Security 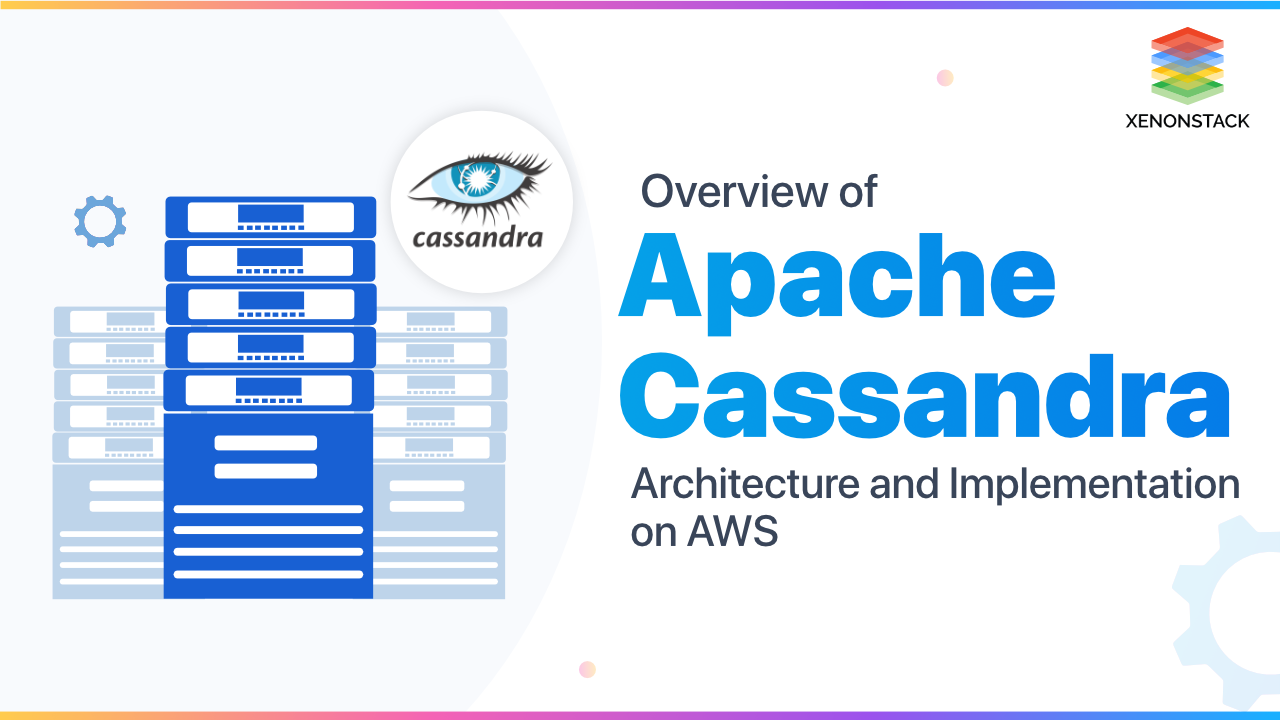 You can set how many nodes you want in your cluster to have your data synced into. You can have your data synced into different nodes, and you can configure the number of nodes with which you can sync the data. Facebook created Cassandra and then later Cassandra moved to Apache. So when Facebook created Cassandra, they inherited the features of Big Table and Dynamo Db. That’s why Apache Cassandra is more popular and very robust in handling a large amount of data.

A database gets crashed, or the data is stored in a database in an unorganized way, in both the cases data will become useless. Click to explore about, Database Testing Types and its Best Tools

In the Apache Cassandra Architecture, there is a clustering concept, so there is like a ring. There are rings in the cluster, and technically, all the nodes are connected. So, there are rings, and one node is connected to the other node and likewise. The nodes are connected in the form of a ring, and when the request reaches to the Cassandra cluster, it hits one of the nodes and that specific node processes the applications.

For example - Let say you are writing a something on to a database so that particular node gets the data and then it writes on to the database in its node. Now there is a concept of Gossip, where this specific node tells the other node that the data has been received and updated so now you can also update. So, now the other node, node two, is also going to update its database background. So, this concept is called Gossiping. So, they gossip with each other, and then they identify and then persists the data into the database.

So, let’s say if one particular node gets down, and since there is master less replication, i.e., there is no central node which your process or your commands will be hitting away. So, if node one is down, then your commands will go to node two, and node two will be able to identify the data for you. The next part is replication. Since it is masterless replication, here you can control the replication. Let herein Apache Cassandra cluster you have ten different nodes in the cluster. You can manage as many nodes that you want the data to be synced into. So, if you have years of the worth of data and you want to store that aggregate data into the cluster of ten machines.

So, you can split them based on your convenience in different nodes. You can create replications as well so suppose node1 and node2 has January data and node 3 and node 4 has February data. So, you can configure that whenever you are pushing the data. So that is there in the Cassandra cluster. Even if the cluster is connected with ten nodes, you can define how many nodes that particular replicate it too. If a person comes from relational databases background to Cassandra, he should see whether his requirements fit into the Cassandra World because Cassandra has this concept of unstructured data so you can have unstructured data in the Cassandra cluster and if you have relationship in your relational database Cassandra doesn’t support relationships, but you have a concept of the collection so one can put the collection in the same key-value pair in the same column (basically it is a table kind of thing in Cassandra).

So you don’t have relationships in control in Cassandra you will have the data as a whole so there is no relationship concept and you can’t do a join in Cassandra. To solve this here, you need to structure your data in such a the way that your relationships are already taken care before you put the data into Cassandra. That is moving something from Cassandra to a traditional database.

A distributed SQL database built on a transactional and strongly-consistent key-value store. Click to explore about, CockroachDB Architecture and Performance

Apache Cassandra is a scalable open source NoSQL database that is used for managing large amounts of data. The data could be semi-structured, structured, and unstructured. Before knowing the best practices of using Apache Cassandra on AWS, we need to know some key concepts. The largest unit of deployment in Cassandra is a Cluster. Every node in the cluster has one or more than one distributed locations(also known as Availability zones in AWS). The distributed location has a collection of nodes in it as a part of the cluster. While using Cassandra, you can use multiple Availability for storing your data into the cluster. You can also configure the Cassandra for replicating the data across these numerous Availability Zones, this will allow your database cluster to be available during Availability Zone failure.

It is important to remember that Google sheet is a fantastic option for cases with small and vocational data dependencies. Click to explore about, How to use Google Sheets as a Database for HTML Pages?

The availability zone number should be multiple of that of replication factor. Low-latency links are available between Availability Zones further avoiding republication latency. In Cassandra, cluster node is part of a single distributed location which is used for storing partitions of data. At every node in a cluster commit log is a write-ahead log. A memTable is a write-back cache of rows of data which can be looked up by key. An individual memtable can store data for a unique table. A sorted string table (Sstable) is a logical structure which is made up of multiple physical files over the disks. When a memtable is flushed to drive, then a Sstable is created. Sstable is immutable structure-data. Bloom filter data structure is used for testing set membership, which never produces a false negative, but it can be tuned for false positives.

Bloom filters are the off-heap structures. So, if bloom filter responds that a key is not present in Sstable, it means that a key not present, but if a Bloom filter responds that a key is currently in the SStable, the may or may not be present in the SStable. Bloom filter also helps in scaling read requests in Cassandra. An index file is for maintaining the offset keys into the main data files. By default, Cassandra has a sample of an index file in its memory and this sample file stores the offset for every 128th key in the primary data file and value can this be changed, i.e., it is configurable.

A keyspace, which is a logical container in the cluster, contains one or more tables, and the replication strategy is defined at keyspace. A table is a logical entity in the keyspace which consists of a collection of the ordered column, and it is also known as column family. We need primary key definitions while defining tables.

Our solutions cater to diverse industries with a focus on serving ever-changing marketing needs. Click here for our Cloud Managed Database Solutions

How to deploy Apache Cassandra  cluster on AWS?

The steps to deploy Apache Cassandra  cluster on AWS are listed below:

Configure AWS CLI AWS CLI will ask for four pieces of information. The AWS Access Key ID and AWS Secret Access Key will provide the account credentials. Now, we have to create an AMI. AMIs can be created using Packer and Ansible. For building a packer image, go to the folder where the pacler file is saved and type the command - If you want to delete the stack and all the resources, type the command: When at bastion host follow the command to connect to the instance - instead of 10.0.2.96, mention the IP address of needed Cassandra server Step 7 - For checking list of all available Cassandra Nodes, use the command - This command can be used from any Cassandra node.

Adapting Apache Cassandra helps Enterprises to Scale efficiently as Cassandra provides a Decentralized scalable platform  to configure and manage your data.Want to know more about Data Management we advise taking the succeeding steps - 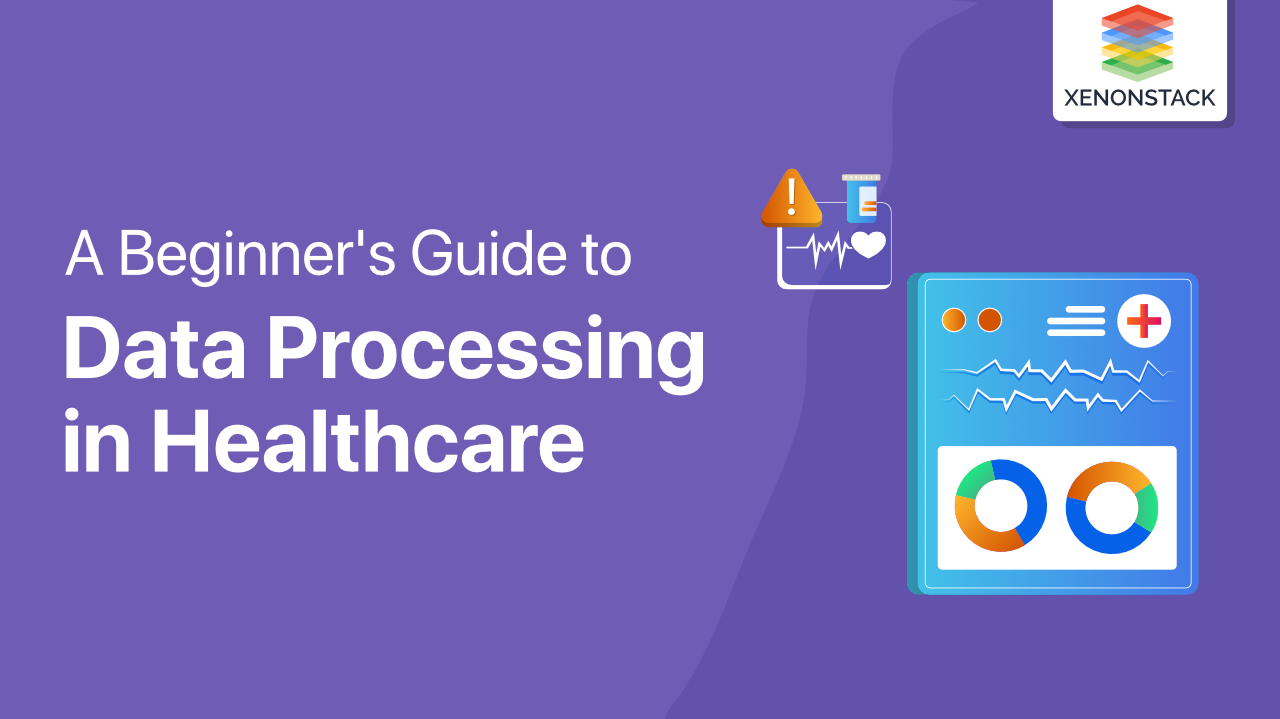 Data Processing in Healthcare Industry | Strategies and Use Cases