Software Build Tools - The Need of the Hour for Quick Deployment

If you are from an IT background, it is quite likely that you might have come across a distributed architecture wherein your application software and its data is processed and distributed across the various infrastructure. In the current era of cloud computing, platforms are already bringing in a great hand of change, thereby completely transforming the digital business.

Software Build Tools have a pivotal role in the deployment process in organizations nowadays. They are regarded as the best DevOps Tools for functioning in an organization. Before knowing about the best Software Build Tools, one must know what build is. The build is generating artifacts of software from source code that could be run on a system. The compilation process is one of the most important parts of a build. Here, executable files are made from the source code files. This build process is, in general, controlled by tools known as the Software Build Tools. The build is made on certain checkpoints in the development process of the software. Also, when the code is ready for tests or release, these builds are created. What all does a build offer?

Aspects of a Build

According to the company guidelines, a build can be seen as a version of the software in its pre-release format. These builds are often kept as single packages and given a version number, mostly in incremental order. Some of the key aspects of a build are mentioned below:

The build is used to ensure the high quality of the code being written for greater efficiency and productivity ratios.

Builds are created at various stages of the software development process, and thus, keeping track of newer forms is important. This is done by using Versions that are given to each build. Versions are generally incremental in nature, and thus the latest version is the latest build created.

This is the process where the source code is turned into executable objects.

Software Build Tools in Use 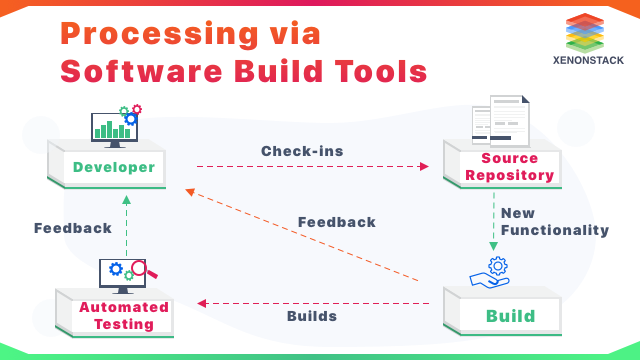 When there is a need to manage the building process, the best Software Build Tools come right in the front. These are programs that control and coordinate other programs. Some of the Well known ones include Gradle, Make, Maven, Ant, OpenMake Software, etc. These tools keep track of any changes to the source code and are required to perform compilation on various files when changes are made. Generally, recompilation is not done if no changes are made. Newer and more sophisticated build tools being used include linking. These try to be alert about if the recompilation is needed or not and may even recompile certain parts of the code to reduce the build time and increase efficiency.

Build tools are a great way to handle projects. They allow us to automate multiple jobs like clicking on several choices, zip/unzip files, and so many other jobs can just be added to a single command. Build tools allow for a simpler packing mechanism for code into deployable using command-line interface.

As a market sector and an investment opportunity, developer tools had long been technology's underachiever. Forbes, Developer Tools Quietly Become A Growth Story

We can only imagine managing projects that grow exponentially. Various phases and agility make it very difficult to manage projects. This is where build tools come in handy.

Some of the main features of Software Build Tools are listed below:

There are numerous Software Build Automation Tools that involve scripting the whole process of automation. Learn about the best automation tools for DevOps here. The given below 'Two major categorizations' of these tools are based on Make compatibility. Make-based Build Tools: Make - A classic build tool based on the Unix system GNU Make - Implementation of Make having a large set of extensions Nmake - A command-line tool, part of the Visual Studio package MPW Make - Made for the classic Mac OS Make-incompatible Build Tools: Apache Ant - A well known Java platform development using XML Maven - Java-based tool for dependency management and automated software build Gulp - A front end based build tool, similar to the Grunt for the web development Gradle - A well known open-source system combining Apache Ant and Apache Maven Go through some prime types of Tools used in various fields of organizations ahead.

Most build tools, such as Gradle, make a script file for handling the build process. They keep in check on the project and the task. Each build represents a project or maybe more. The Gradle script generated basically uses two types of objects:

The script code took to implement Script interface and execute. All properties and methods are available here.

Every script has information about one or multiple projects. The script configures the project object while executing, meaning we can call methods in our build script referenced to the project object. Generation tools do not build themselves but generate files that are used by the native building tools. A project is made up of various tasks that need to be performed during a build. This may include compilation, zipping, unzipping, publishing, or creating a Javadoc. Some of the main Build Script Generation Tools are:

Meta-build tools are those who can build numerous projects using a subset of existing build tools. These are also known as the Package Managers, as these generally provide a list of packages to build. Many meta-build tools range from NetBSD-based Pkgsrc, Gentoo Linux distro-based Portage, macOS-based Homebrew, an open-source software package management system used for simplifying software installs on macOS Linux. We also have Nix, which is a functional meta-build tool for Linux and macOS. This mainly focuses on reproducible builds used in the NixOS Linux Distro.

Continuous delivery is a strategy in which the development teams ensure the software is reliable to release at any given point of time. It can perform changes like new features, managing configurations, fixing bugs, and experimenting with production. The motive for doing continuous delivery is continuous daily improvement. If there is an error in the production code, it can quickly be fixed at that time. So, through this, the application is getting developed and deployed rapidly, reliably, and repeatedly with minimum overhead.

XenonStack can help you integrate your software code or infrastructure with your CD pipeline with all the required best practices and considerations. It can ensure greater speed and flexibility in the delivery of your applications across data centers. It can provide you with predictable, repeatable, and reliable software delivery services by enabling you to set up and configure the different error-free environments as per your needs. It can assure you uniformity across the whole delivery process by decreasing the chances of bugs and increasing the speed of deployment and configuration.

With XenonStack your organization’s DevOps engineers can quickly deploy their application with the required infrastructure with best practices across their data centers. We help them set up and manage multiple environments for their software as per their requirements. Apart from distributing it across the data center environments, it will help them ensure the quality and security of the resulting software by speeding up bug fixing through proper and easier configuration management with best practices and reducing the risk of configuration drift.

The below scenario will help you to have a better understanding of how you can enable Continuous Delivery of your Software across data centers through XenonStack.

You do not need to agonize over the deployment challenges across clouds anymore. You can design the templates to deploy your software as per the needs and commit them to the integrated SCM tool. Whether the software needs to be set up on any of the cloud platforms, namely GCP, AWS, or Azure, or on the hybrid environment including both private and public cloud; or only on an on-premises climate; XenonStack proves to be the best choice for such a use-case.

Let's have a look at some of the following scenarios where XenonStack helps to distribute your software across clouds:

The above scenario illustrates how an enterprise can host its .NET application and its database on Microsoft Azure using Azure’s web app, API app, and database services. Further, it can use AWS for application-related storage and monitoring capabilities. This kind of scenario helps in being cost-efficient and provides the ability and freedom to move between different cloud platforms as per the requirements and convenience. An enterprise can choose to host certain functionality or service on one cloud over another during peak hours and then move that functionality/service back to a different cloud at off-peak times.

Software Build is a process that simplifies the management of projects and allows users to have an automated program for controlling and completing the build process. The best Software build tools comprise various categories and are specialized for various systems and use cases. With the wide variety of build tools, meta-build tools, and many other types, project management has become way easier for any developer. As technology trends to grow further, the need for more advanced project management can only be met with the sophistication of build tools. 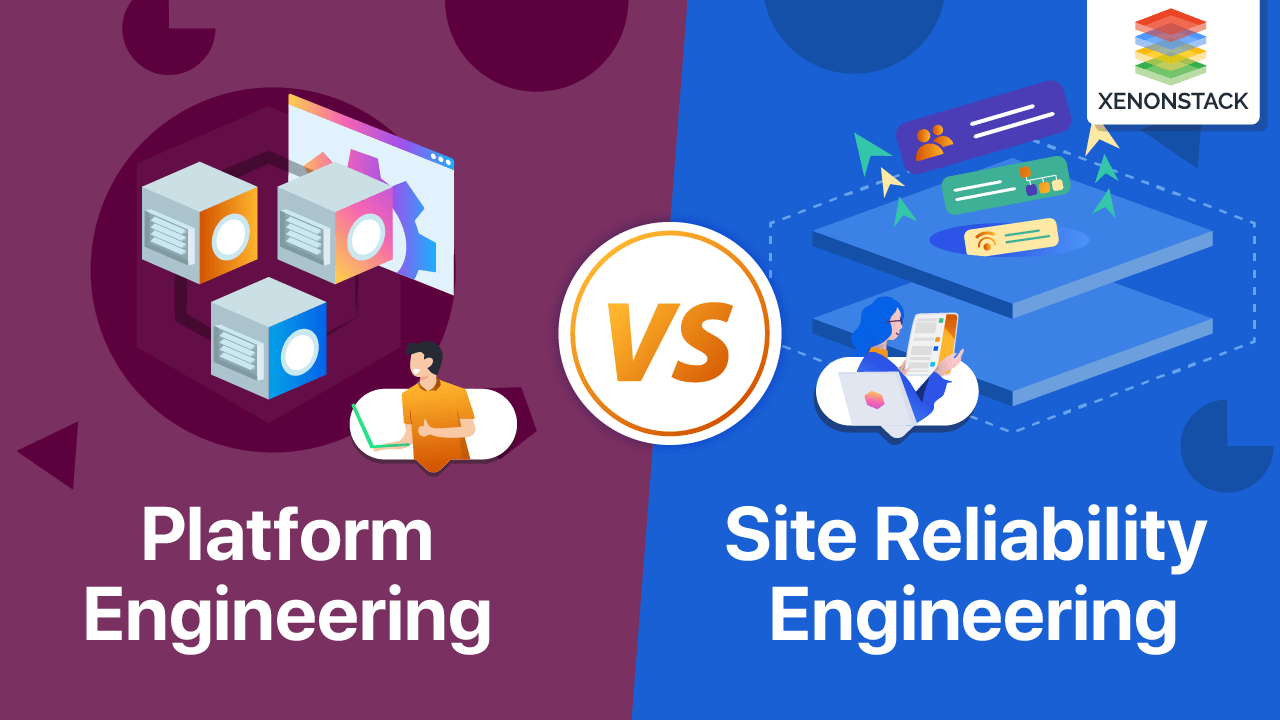 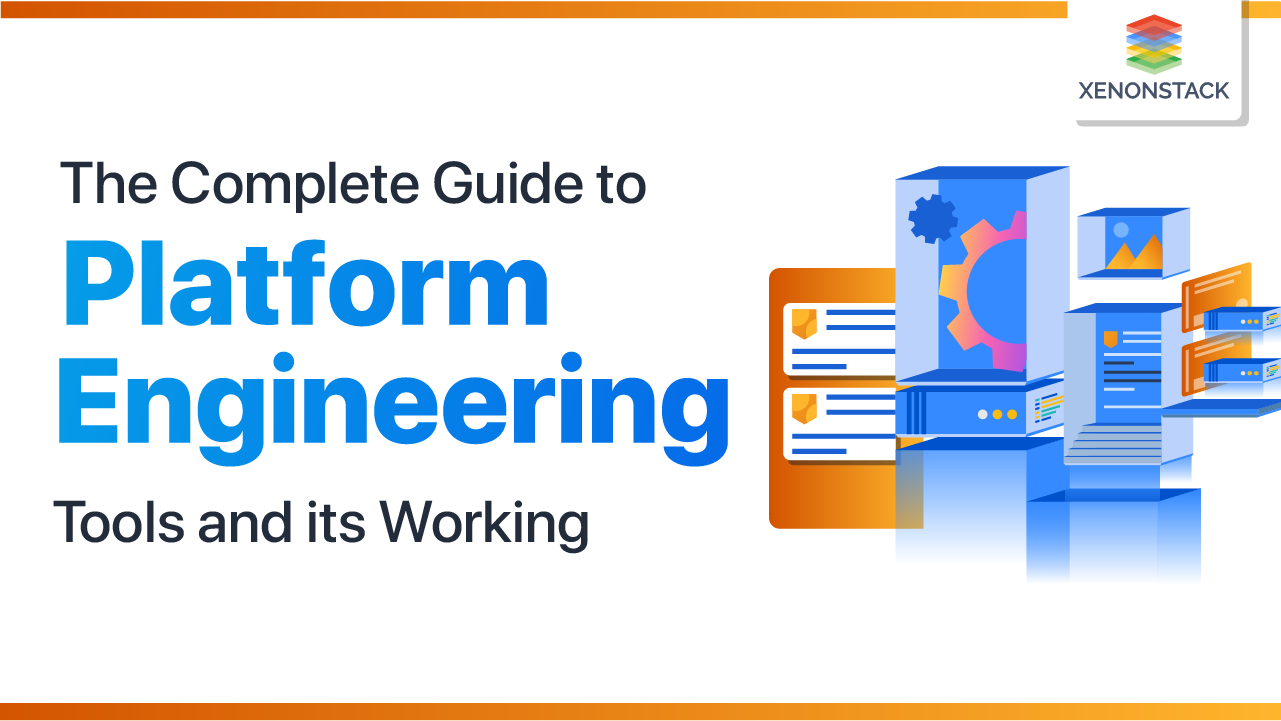 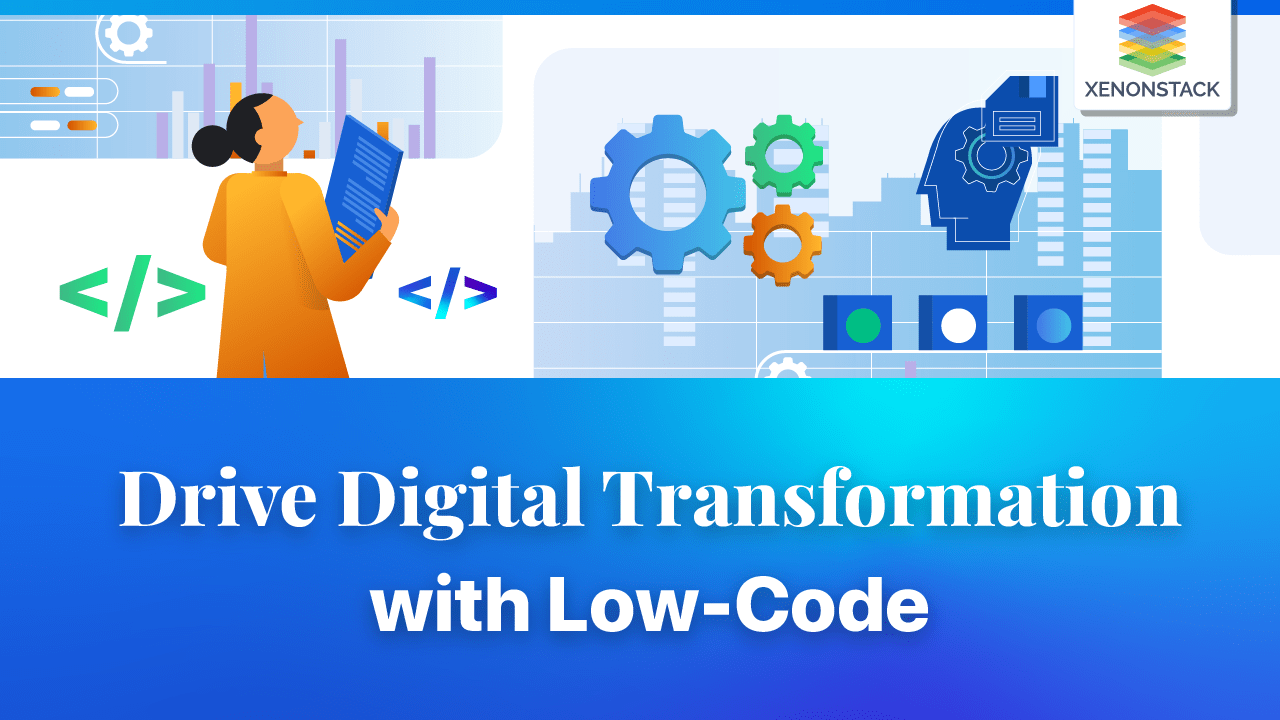