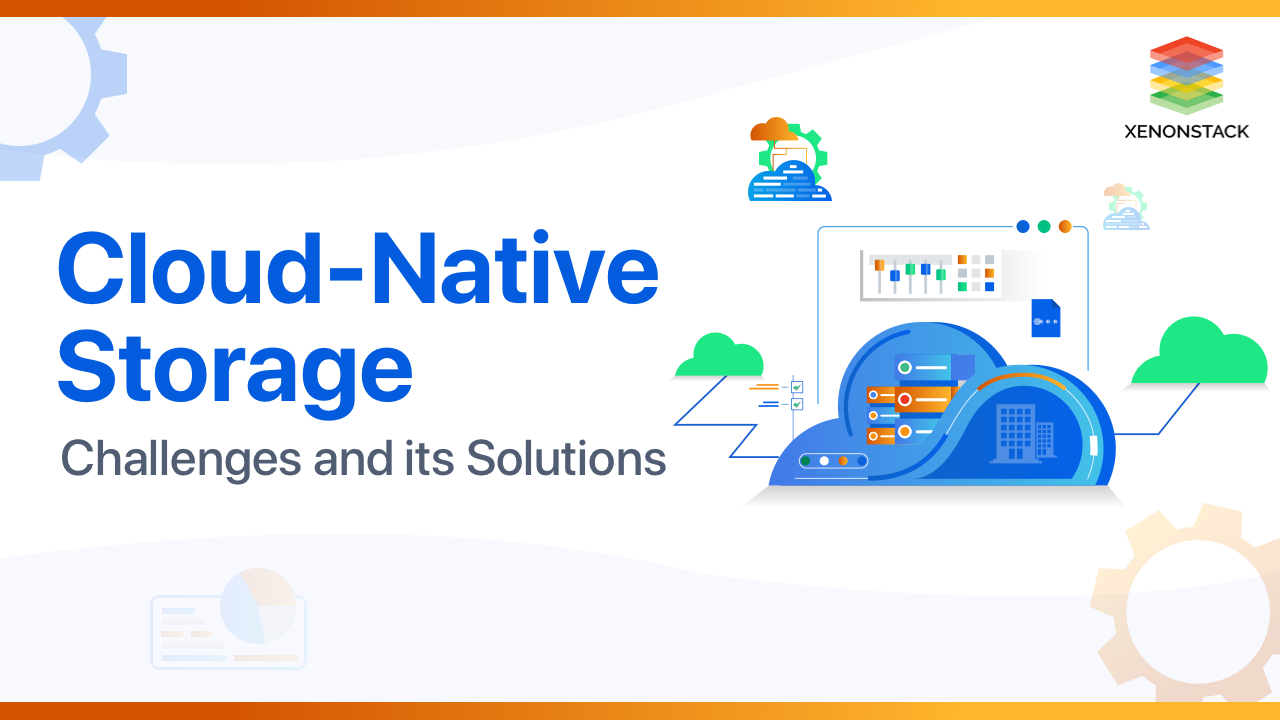 Cloud-native is a new paradigm for developing and running software applications that incorporates technological trends such as cloud computing, containerization, serverless, and microservices. Cloud-native storage is a type of storage technology that is intended to be used in a cloud-native environment.

To make the deployment process easy and run the application in high availability, cloud-native development is necessary. Click to explore about, Managing Cloud Native Workloads

What are the key features of Cloud-Native Storage?

The basic key features of Cloud-Native Storage are mentioned below:

It must be available in high demand. Storage System has the feature through which it also accesses the data even when the event is failed - whether in the transmission system, storage medium, controller, or other components. Storage Availability provides three elements :

There are several metrics for measuring availability:

A Cloud-Native database is a sort of database service which is used to build, deployed and delivered through cloud platforms. Click to explore about, Cloud Native Databases on Docker and Kubernetes

Cloud-Native Storage can be scalable easily. The storage system scalability can be defined in four dimensions:

It should support predictable, scalable performance and service levels which are typically measured from the following perspectives.

In a Consistent system, read delay can be considered a recovery point objective (RPO) because that represents the most data loss in case of component failure.

It should be durable because it protects the data against any loss. It goes beyond accessibility which describes the system's ability to ensure that the data remains can be stored for an extended period. Some factors affect the durability of a storage system:

Dynamic deployment is the final desired criteria for cloud-native storage systems that can deploy or provision them quickly as per requirement. It can also be deployed and instantiated in a variety of ways, which includes

The best solutions to cloud-native storage are defined below:

Storage Services that is self-maintained

Services like GlusterFS, NFS, and CephFS provide file storage services for those companies who decided to create their own distributed storage systems. As NFS is relatively mature, which is insufficient to address the high-performance application requirements. GlusterFS and CephFS are often unable to meet the performance and reliability needed for mission-critical applications.

There are so many use cases in cloud-native applications which doesn't make any sense to use a distributed storage service. Two most common cases in which edge devices or components in a cloud-native system use local storage:

Managed Kubernetes is an open-source system, for automating deployment, scaling, and management of containerized and microservices applications. Click to explore about, What are Managed Kubernetes Services and Solutions?

Managed Kubernetes services can help to reduce the complexity and skills required to manage large container deployments. When IT professionals evaluate their technology roadmaps, one of the essential criteria is streamlining the infrastructure that supports Kubernetes workloads. On their cloud-native shortlists, many Kubernetes users included their current storage and cloud vendors. Then it appeared that users were having difficulty narrowing that list.

When asked which cloud-native storage services they use, Kubernetes users cited Amazon EBS, Google Persistent Disk, and Azure Disk Storage as the most popular. In many cases, StatefulSets enabled cluster workloads to access the cloud provider's block storage. As they are widely used, the block storage from large cloud providers was not explicitly designed for Kubernetes workloads. 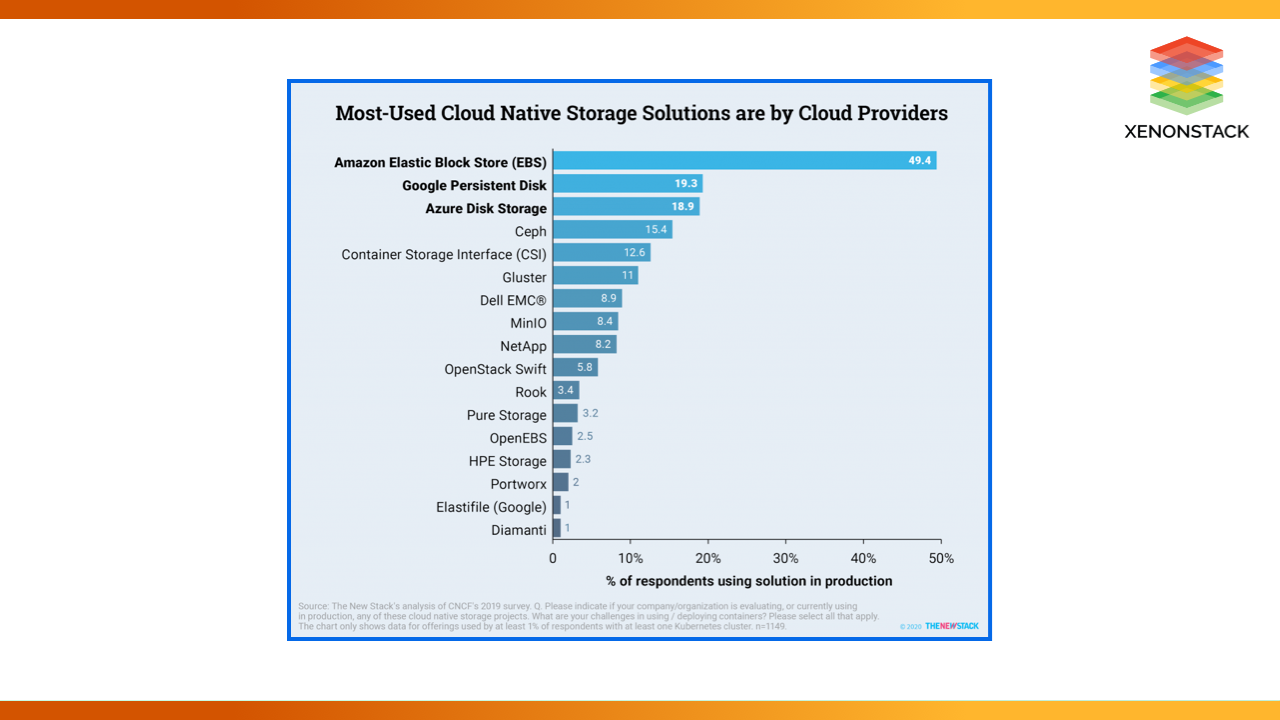 Users were more likely to cite storage challenges for traditional storage companies and the newer breed of uniquely cloud-native storage offerings. While many users of newer offerings, such as MayaData's OpenEBS, Minio, and Portworx, reported storage issues, they most likely referred to problems connecting legacy data stores. On the other hand, traditional storage companies addressed their customers' concerns by implementing new approaches such as CSI.

Our solutions cater to diverse industries with a focus on serving ever-changing marketing needs. Click here for our Cloud Consulting Services and Solutions

Container-native storage offers high-performance storage for Kubernetes Deployments. As a result, it provides common data management and security workflows across hybrid and multi-cloud deployments. Many Kubernetes storage platforms can adapt to technological changes and changing customer needs without forklift upgrades. Manage your enterprise data more effectively and affordably than ever before.

Digital Transformation - What is it and How it Affects Businesses